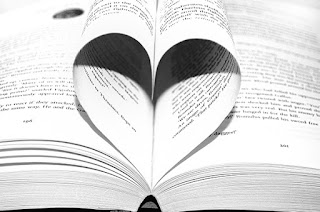 How do we authors know if we've succeeded? Is it based on reaching a certain number of sales? Seeing our book on a bestsellers' list? Being adorned with copious five-star reviews?

For many authors, these are precisely the measures they use to gauge their success. In capitalist societies, the accumulation of material wealth is the measure of success, and whether a book is a bestseller right then and there doesn't matter, so long as it's still generating revenue.

Published works have a precarious half-life, subject to any number of factors, including, first and foremost, reading trends (currently popular genres, book sales in general), as well as the success of the author's latest published work, genre (literary fiction never dies), whether it's part of a series, and (the one factor we authors can control - I'll come back to this) the author's behaviour.

But they do have a half-life, which means authors, potentially, earn some of their living from work they did long ago.

That said, unless a book is re-released in a different format, optioned for movie rights, or some other extraordinary event occurs, titles on authors' backlists don't return to bestsellers' lists, and if they didn't make it on first release, it's unlikely (but not impossible) that they'll reach those heady heights post hoc.

In recent months, I've seen an astonishing number of authors behaving badly, in public (social media), and the effect has been nothing short of disastrous - whether it's damaged their careers, I couldn't say, but it's certainly contributed to the broader problem.

When I say 'authors behaving badly', of course, it's relative to the job we do. Our weapons are words, but sharp words brandished carelessly in an industry that is made of words can shred a community to ribbons.

That, sadly, is what has happened to our LGBTQ+ writing community. On a global publishing scale, it's a tiny community in terms of market footprint, although it has experienced significant growth in the past few years. I'll add a caveat here: these are my observations as a publisher/author of LGBTQ+ fiction. I could, no doubt, find the numbers to support my assertions, but this is a blog post, not an economics paper.

The growth I've observed has been driven, to a greater extent, by the popularity of M/M romance, which is a very specific subgenre that has its roots in the slash fiction writing of the 1970s. Slash fiction, for those who have not heard the term before, is where two distinctly heterosexual 'alpha' male characters (for example, Captain Kirk and Mr. Spock) are transplanted into an erotic/romantic fan-written story.

M/M romance has evolved somewhat, but those roots are still evident in the erotica tropes of 'gay for you', 'two alpha males' and so on. The problem is one of definition, and pinning down 'M/M romance' is like keeping jelly on a warm plate. It slips and it slides, its edges become liquid, it loses traction, and before long it's dribbling everywhere and making a terrible sticky mess (yeah, I did that on purpose :D ). M/M romance is - in the simplest terms - a subgenre where the story revolves around two men having some form of sexual/romantic relationship.

In many respects, M/M romance has been the flagship of the LGBTQ+ fiction fleet, forging a clear path through stormy seas, garnering support from passing ships, negotiating safe port. But, as is the way with the publishing world, all genres have their day, and perhaps what we're witnessing is the moment when the flagship retires.

To escape the metaphors...here's the point. What's happening right now in the LGBTQ+ writing/publishing community is that we're seeing an epic drop in book sales, whereby authors and publishers who were making a steady, and sometimes living income are no longer doing so. Some publishers have already closed their doors, and while I'm wearing my author hat to write this post, I'll put it to one side briefly to say this: in case there's any doubt, Beaten Track Publishing is not closing its doors. Most publishers are in it for the money, and if the money's not there, they stop trading. It makes sense. Beaten Track isn't in it for the money.

(puts author hat back on)

Given that the vast majority of us authors are inclined towards introversion, we spend a lot of time reflecting on why we're not selling books. Does it mean people no longer like them? Has our writing declined in quality? Did we do something bad? Did we allow our words to run away with us and say the wrong thing?

The answer is...maybe? But does it matter? If an author is writing solely to earn a living, then, in a capitalist economy, the only factor of importance is the free market. If there's no demand for the goods, there's no point producing them. It's quite straightforward: ditch what you're doing, identify the currently popular genre and get writing.

However, I suspect that even those authors who claim they're only doing it for the money are not. There are so many jobs that pay more, it's daft slogging it out in this one if money is the only motivation for doing so. I'm referring specifically to writing fiction; technical and academic writing, however much one might enjoy doing it as a job, is about the money/kudos.

To come back to the question I started with:

How do we authors know if we've succeeded?

There is no one-size-fits-all measure of success, but the key is to revisit why we write and what we set out to achieve. 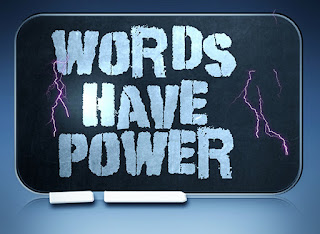 I became bewitched by the whole sales/reviews/bestsellers measures, but these never held any real value for me. I have to write; I choose to share. I choose to write about the hard stuff. I feel a responsibility as both an author and social scientist to challenge common-sense assumptions, to subtly introduce readers to what C. Wright Mills termed 'the sociological imagination'. When a reader tells me that my writing has made them think or feel differently about something...wow! That's why I share my writing. That's it. I remember now.

By my own measures, I continue to succeed.

Thanks for reading.
Deb x