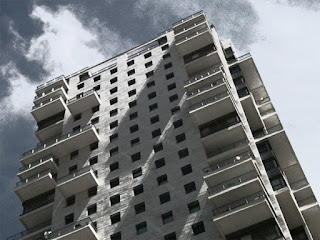 I ignored my calendar nag to post on Monday, so I figured, rather than let the week pass by (again), I'd throw out a snippet from Reunions, which is kind of going well. It's currently a little over 74,000 words, which, my dear friend/editor Andrea tells me, means it's a quarter of the way to finished. I'd laugh, but she's got a point!

Anyway... I'm going to post two snippets, the second being a bonus because Caraway Carter tagged me for a first three lines thing (technical term) on Facebook.

This is from chapter two. If you've read the series, you'll know the characters, if you haven't, well, I guess you won't. :D


It had taken almost ten years, and a great deal of campaigning, but the improvements were there for all to see and enjoy: full streetlighting, road resurfacing, speed control measures on every road, kids’ play areas, and new apartments for the few who had stubbornly remained in the condemned tower block, which had finally been demolished. Jono, along with others who had grown up there and formed the residents’ association, watched the demolition from afar. It had been a surprisingly emotional experience. Explosives were loaded on several different floors, concentrated at the base and the midpoint—the seventh floor, Jono’s home for the first twenty years of his life, where his mum had died.

At the moment of detonation, with the belt of dust and debris around the waist of the tower block, for Jono, time had frozen. Mum was a junkie—he’d been born one, too, and had to be weaned off the drug in his first few weeks of life. Although he was sure they weren’t his, he had very clear memories of the pain, the hunger, the brightness of the lights in his incubator. But in that moment, just before the fourteen-storey tower block was razed to the ground, Jono’s mind filled with happy thoughts, times when his mum wasn’t so sick, and of the people who had cared for him, giving him the good start she could not, like Iris Morley. Indeed, five seconds later, when the tower block was no more and Jono realised he was sobbing, it was Iris who hauled him in and hugged him. She’d been sniffling a bit herself, which made him feel less of a wimp. If it was enough to make Iris Morley cry, then it was more than enough for everyone else. She was a tough old bird.

This is from chapter three, where we find the Sandison-Morleys preparing for an evening out.

From their location on the sofa, Josh and Libby both slowly turned in perfect unison and stared at the sight that greeted them.

George shuffled uncomfortably from foot to foot. “Seriously. Do I have to wear this? I look stupid.”

Other than shifting their eyes sideways to look at each other, his husband and foster daughter remained solemn, motionless and silent. George tugged at the sleeves of his dinner jacket and mumbled unintelligibly into his shirt front. For someone who lived in jeans and t-shirts and only wore a shirt—of the woolly variety—when the weather turned colder, a shirt and tie would have been bad enough. But the whole tux, cummerband and bow tie get-up really wasn’t George at all.

Libby set down her game controller and approached him, grinning, her gaze fixed on his neck, where the satin bow tie hung like a sedated bat. He took a breath in, preparing to be accosted for tie tying and shirt tucking and demands that he go polish his shoes, but at the last second, Libby veered off and darted from the room.

Reunions is Season Seven of Hiding Behind The Couch.