The 13th Doctor - does gender matter?

When the 13th Doctor was announced, I didn't think anything of it - beyond 'hurrah, Capaldi's going!' I have no reason to dislike him. I'm sure he's an excellent actor, but sometimes there's just...something you can't put your finger on, and so, as I did when Peter Davidson took on the role, I stopped watching Doctor Who.

If it's not clear already:

a) I'm a moderately avid fan of Doctor Who (yes, I know it's an oxymoron - see above);

b) I don't think there's anything wrong with the 13th Doctor being played by a woman.

There's no canonical reason why the Doctor should always be of one specific gender, and it's a positive move in a series that began in the early 1960s - a time when all TV/movie heroes were male.

I have a problem with why, because it smells a bit dodgy, like the 1980s 'multiculturalism' in the UK that caused a great deal of social disharmony (more a social meltdown) in some areas of the country, which was - I'm pretty sure - the intention of those who imposed it - a case of "Here, we've given you equality, now stop whining," closely followed by "See? We told you it wouldn't work."

So that's my first question about the decision. Is this a case of men (the producers and BBC TV execs) giving women a gift and expecting eternal gratitude? As Hans Hirschi says in his blog post about the 13th Doctor (which I was going to reply to and leave it at that, but I had far more to say) - what we need to do now is keep the pressure on the BBC to ensure that this is more than just giving women a turn before reverting to how it was before.

My second question is more complex to define, and an article published in The Herald touches on it. The characterisation of Doctor Who has always been 'quirky' - an atypical hero - and whilst the fact that Doctors 1-12 were all played by male actors IS significant and reflects broader gender inequality, the character has become even less stereotypically masculine with subsequent regenerations, so it's of no real consequence - in terms of presenting positive role models for children, regardless of their gender - that the 13th regeneration has taken a human female form.

And yet, the BBC saw fit to include in their report on the announcement: "the first woman to get the role" - an announcement made, with hilarious, couldn't-make-this-up irony, following the Wimbledon men's final.

I've watched Doctor Who - and Star Trek - for all of my living memory (with a few gaps, admittedly - in both memory and viewing), thus I started watching those programmes before I had a concept of gender or ethnicity. It didn't occur to me that Uhura's position on the bridge of the Enterprise was groundbreaking, nor that Doctor Who kept coming back as a man.

Perhaps that's my naivety, and the fact that I'm so accustomed to a white male model of normality that I'm blind to his omnipresence.

Whatever, should we return to casting only quirky male actors as the Doctor?

I'd say not. We need more diverse role models of all genders across all types of programming. We also need to listen to what young people have to say about their role models, not the opinion of some old fuddy-duddy journalist (or, indeed, blogger).

One final observation: the Doctor has consistently shown a (romantic) attraction to / connection with human women. It's not always explicitly represented onscreen, but in some cases (the Doctor and Rose, for instance) it has been a significant multi-episode (or even multi-season) story arc. No doubt, some would argue that, as the Doctor takes on some characteristics specific to each regeneration, the 13th Doctor does not necessarily have to be attracted to human women, but that attraction has endured for eleven(?) regenerations. To change it would completely undo any good that comes from casting a woman in the role - a simultaneous step forward and step back. 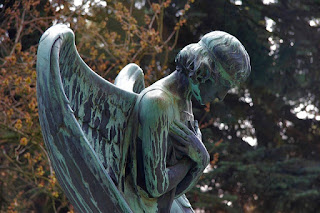 Doctor Who was my role model, my hero, and it had nothing to do with gender. It was about how the Doctor negotiated the burden of responsibility as the last Time Lord [sic], the depth of characterisation, the moral debates, the (generally) excellent writing - the series has been a formative influence on my own creative and political endeavours...after all, that's where the name 'Hiding Behind The Couch' came from - where you'd find us when the Daleks or Cybermen invaded - in the days when we had yet to know of the Weeping Angels! :o

Most importantly of all, the Doctor has the best jelly babies - I know, because I've tried them.

Oh, and jelly babies don't have a gender either.