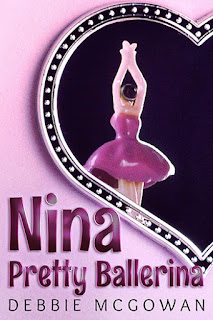 Part of Play On... A FREE Valentine’s Day collection of short stories, poetry and prose, inspired by the songs of ABBA.

I didn’t like her. Not at first. She was too pretty. Too perfect.

The box belonged to my sister, a pink, fluffy, glittery little thing—the description suited both—from a boy in her class. I remember her ripping off the paper, squealing in delight and then casting it aside, concerned only with the accumulation of Valentines, not sentiment.

She wouldn’t let me see what was inside, but that had never stopped me before.

Back then, though, all I knew was the box had two keys.

One was for a tiny, pointless padlock that hung from the front like a little robot Scotsman’s sporran—Kick me in the goolies, I dare ye. Oh, dare accepted, my good wee McMan.

The other key stuck out the back and would, inevitably, bring about the end of the world.

I waited, biding my time for just one opportunity to get at that box. Then I would destroy it, tear out its tinkling innards before it triggered the apocalypse.

Of course, I had not reckoned on falling in love.

I boinged her once.

But that was before. Mostly.

Any time my sister was at Brownies, later Guides, invited to tea with a friend—high tea, no less, she thought she was hoity-toity, all that and a bag of Monster Munch—and then, finally, boyfriends, I’d be straight in her room to pick that pointless padlock, prepare a pillow and suffocate that stupid little box until it fell silent. Then I would lift it, quite reverently, and place it on top of the quilt, press my finger to the side of her head, push, push, push…and release.

It was really rather cruel—not to my sister. She had new toys, new friends. And I…

I had nothing but my mindless torture of this tiny, ridiculous creature and her perpetual pirouette.

Until one day I didn’t.

I couldn’t stop, willing her on through her cyclical decay, delighting in the enthusiasm with which she embarked upon every new dance as if it were her first.

She had become my everything.

It was, ultimately, my undoing and hers.

One twist was, in the end, all it took. One twist and a click, and the key would turn no more.

I shrank away, backed up against the wall as, in horror, I realised what I had done. I had overwound the mechanism, and this was it; her last dance.

How could I go on without her? No, I would not think of it.

I watched, more attentive than ever before, as she spun, and spun, and spun. All my boinging had left her slightly off-centre, giving the illusion of motion on two planes, a freedom of movement beyond her miniature plastic form.

As we entered the decay, I drew close, my tears captured in her tiny dancer’s mirror.

“I’m sorry,” I whispered, my breath misting our reflections. “I killed you.” The weight of my guilt, my loss, was too much, and my head fell forward, burying my face in the quilt. As the final notes of her melody twanged out, I cried, “I’ll miss you!”

Inconsolable, hysterical, caught in my own cycle of she’s gone forever and I need to get rid of the evidence, I lost all sense of time and reason, or else I would, perhaps, have greeted what came next with greater incredulity.

Boing. My neck cricked with the sudden push on the side of my head.

“Hey! That hurts!” I whipped my hand out from under my face and made a grab for my assailant, but she was too quick.

“Tell me about it.” She shimmied, rustling the nets of her pink tutu, and smiled. “Thank you.”

“For setting me free.”

I still haven’t, yet here we are, three years later, in a nightclub on Valentine’s Day. Every so often, it rains glitter and confetti; in a net high above our heads, red heart-shaped balloons await release. But we’re not here for any of that. We’re celebrating Nina’s birthday.

“Another drink, my love?” I offer, knowing she will refuse. She is frustrated by the dancing all around her. Strangers stare at the wheelchair and her blanket-covered legs, but no-one ever asks. A head injury is what we’ll tell them if they do.

“Let’s go home,” she says with a wide, happy smile, which I endeavour to return. I’m as excited as Nina for what the rest of the night holds, but I’m nervous too. She’s a born performer, while I’m a heavy-handed klutz, but she’s promised she’ll be patient, so I’ll give it my best shot.

We arrive back at our apartment, and I help her to her feet.

“I’ll just get changed,” she says and whirls away to our bedroom.

I’m still dithering in the doorway when she emerges some time later. She rolls her eyes. “Who’s the tightly wound one now?”

My laughter trembles with first-night jitters. I take them with me to the corner of the room, where I’m all set up, and I tell myself I’m ready for this. After all, I’ve practised for three solid years to get to this night. But I feel sick, and my palms are so sweaty I’m ashamed when she takes my hand.

“I know what you need,” she says. “What will help calm your nerves.”

“Yes.” She backs off a few feet and, making sure she’s facing me, positions her arms above and slightly forward of her head. “Boing me.”

“I can’t.” Even though she’s come clean and told me she liked it.

Reluctantly, I step towards her, and she nods, egging me on. I still don’t want to do it, but…

Down she goes, right down, her head mere inches from the floor. She’s rebounding before I can fully go into a panic about whether her spring is up to it.

“Again!” she cries, still caught up in after-boings.

“No more!” I say, and I see the blur of her scowl as she gradually comes to a standstill. I point behind me to remind her how we got onto boinging in the first place.

“Oh, yes!” She ruffles her tutu, straightens her tiara. She’s so pretty, my Nina. So perfect. And I love her.

I return to my previous position, no nausea, no sweaty palms. They’ve been lost in the boing, and while a few jitters linger, they don’t incapacitate me.

“Ready,” I say, and I pick up my glockenspiel mallets.