Smashwords sale, new novel soon, plus stepping away from the writing conveyor belt 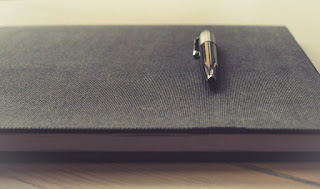 Every now and then, I remember I'm supposed to let my readers old and new know what I've been up to, what's on the horizon and all that jazz.

Well, this is going to be a short (but hopefully informative) post. :D (OK, not that short. I don't really do short.)

We're midway through 2019 - the first year in many (since 2013) when I haven't already written at least one novel, and I'm OK with that. I realised a couple of years back that I'd somehow ended up on the book factory line, which isn't a bad thing, as it comes from readers actively asking for more.

For instance, I wrote Checking Him Out in 2014, and enough people wanted Noah and Matty's story, so I published Taking Him On in 2015 (and Checking In because people wanted more of Sol and Adam too), and then there was Jesse and Leigh's story, The Making of Us, which I released in 2017. During those three years, I also co-wrote the Seeds of Tyrone series with Raine O'Tierney (three novels), six short stories, seven novellas and seven novels. (I have no idea now how I did it.)

My plan is still to release one final novel for the Checking Him Out series, plus a crossover novella. Also in the pipeline is the final novel in the Gray Fisher trilogy, the next instalment in Hiding Behind The Couch and a collaborative project with David Bridger.

It perhaps goes without saying that I really needed a break from the rapid write-edit-publish-repeat cycle, not so much due to burnout, although I've found it harder to write during the past couple of years. It's more about the way my brain works. I miss having a decent amount of time to rework stories before publication - a costly luxury in the current indie publishing climate. Readers have so many books to choose from, most writers fear losing vast swathes of readership if they leave it too long between books.

Don't stop asking for more, though!

For the time being, I've slowed down a bit, though I haven't been idle. I'm busy with my day jobs (publishing and university), and I've also been working on Meredith's Dagger: the novel I originally wrote in 2011 for NaNoWriMo, which means it was stuffed with redundancies. Note: was stuffed. I've essentially rewritten it, and I'm about to send it to my proofreaders, ready for release next month. I'll say more nearer/at release date time. However, you can preorder a copy from: https://www.beatentrackpublishing.com/meredithsdagger

I've also written a couple of shorter pieces this year, both of which are available for free (either on this blog or via the external links below).

Part of Play On... A FREE Valentine's Day collection of short stories, poetry and prose, inspired by the songs of ABBA.

In conclusion, I haven't stopped writing, nor intentionally paused, and I could reach the end of this post and suddenly be struck by an irrepressible urge to stay up writing all night for the next month. But as it stands, the stories likely won't come as thick and fast in future as they did during the past seven years.

If you've only just discovered my writing, you can find the full list of all my stories on this page on my website: http://debbiemcgowan.co.uk/?n1=publications

And throughout July, my stories are heavily discounted (some are free) in the Smashwords sale. Visit: https://www.smashwords.com/profile/view/debbiemcgowan