Three years after his partner’s death, Detective Chief Inspector Gray Fisher has finally made the break from the police. With a new place to live, a new job and his PhD underway, Gray welcomes the friendship of Will Richards, an investment banker with hidden depths and a farmhouse menagerie of rescue animals. Gray’s not looking for love, and he’s certainly not interested in becoming involved in police work again…until former colleague Rob Simpson-Stone tracks him down to ask for his help with a case.

For Rob Simpson-Stone, the career change may have come too late to rescue his marriage, but his relationship with his son is back on track. Rob’s grown-up nieces might be a taller order, but he’s prepared to do whatever it takes to prove they no longer need to worry that one day he won’t come home.

As events unfold, Gray’s past recklessness catches up with him and Rob both, putting those they hold close in danger and forcing them to forge reluctant alliances in a bid to take down one Anders Folden—a psychopathic hitman Rob put away while working undercover.

Folden won’t stop until he’s completed his mission—to fulfil a contract or end a personal vendetta? Either way, Gray and Rob need to find him before he finds them.

Paperback and ebook available from Amazon only:
https://mybook.to/GrayFisherTrilogy 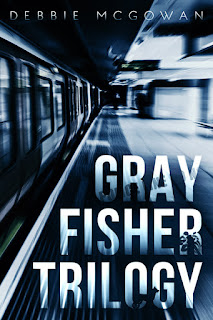 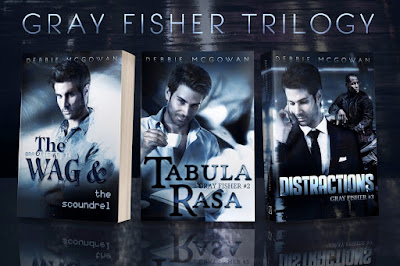