Every word is sacred 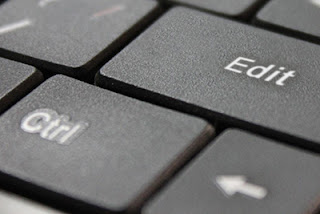 One surefire shortcut to understanding the poverty of language is to become a writer or an editor. Better still, become an editor of people who write in your native language even though it is not their first language, because no matter how gifted the linguist, they will, sooner or later, come up short.

This particular issue recently arose when I was editing a story by an author whose grasp of English is superior to some of the students I have had the dubious pleasure of teaching during the past seventeen years, and I'm not necessarily referring to those for whom, like this author, English is a second or additional language.

Fluency is not the same as competence, not even for a native English speaker, and competence is sorely overrated. I consider myself very competent in both my understanding and use of English. I would even go as far as to say I have a gift with words, inasmuch as I'm able to successfully bend them to my will, and in so doing create stories narrated in the character's voice, rather than my own, whether that character is a working-class engineer (Sol in Checking Him Out) or a middle-class, stay-at-home mother (Shaunna in Hiding Behind The Couch). I love language. It is my hobby, my livelihood, my obsession, and I never stop learning. Language evolves, and so, too, must we who depend on it in order to be understood, or, indeed, to entertain. Right now I'd settle simply for being understood.

To return to the issue I mentioned previously, it was due to a misinterpretation of what was said and the underlying intention of what was said, and it's no surprise. Language is mediated by many factors: the mode of communication, the presence or absence of non-verbal cues, the demographic uniqueness of those involved in the transaction, a common vocabulary, and so on, all serve to help or hinder understanding. Add in to the mix that on this occasion, one of us was a native English speaker and the other was not, one has to wonder how we ever manage to communicate at all.

In part, it's because translation is far more than swapping one word for its equivalent other. Nor is this problem restricted to translation between two entirely different languages. I work with quite a few authors from the US, whereas I'm from UK (England, specifically), and there are significant differences between the two versions of English, in both their 'standard' form, and in the regional variations. For instance, I often use the word 'graft' in my stories, taking either the formal UK English meaning of 'to add something new' or the informal meaning 'to work hard'. Thus, in UK English, a tough job might be described as 'hard graft', yet in US English, 'graft' is 'the act of getting money dishonestly'. 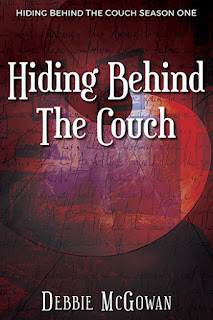 Suffice to say, if I write in a story 'he was grafting away', it's going to be subject to very different interpretations, and that one word has the potential to ruin the reader's understanding and enjoyment of the story. Likewise, at the heart of the miscommunication between the aforementioned author and me, as their editor, was one word in a 60,000-word novel. The word was not contentious, or offensive, or difficult to understand, but by virtue of what it was, it drew attention to itself. I've recently been through exactly the same experience with one of my own stories - Chain of Secrets.

I was fortunate enough to have two very accomplished proofreaders who had not read the Hiding Behind The Couch series, of which this story is a part, although I'd asked them to read the story to ensure it worked as a stand-alone. What I didn't anticipate was running the gauntlet with them over a single word.

Anyone who's read any of the series knows the character George, and they also know that George is gay. It's part of the storyline in both the prequel and book one, so really, there is no way of reading any of the series without knowing it. But what about people who haven't read any of it?

The scene in question takes place at the end of the characters' last day of primary school (age 10-11):

"Bye, Josh!" Shaunna called, as he and George passed by. Josh smiled quickly and kept his head down. George started giggling.
"Shush," Josh whispered.
"Why? Do you fancy Shaunna?"
"No."
"Are you sure?"
"Yes! Why did you nudge me at lunchtime?"
"Did I?"
"When she said she hated Dan."
"Oh, yeah. Because Dan won't let her play footy."
"Because she's a girl?"
"Yep. She's amazing at football."
"Amazing," Josh repeated. "Are you sure you don't fancy her?" Now both of them were giggling. "Plus, Dan is Adele's boyfriend," Josh added.
"What's that got to do with anything?"
"Why Shaunna hates him, I mean."
"Oh. So, like, she's jealous?"
"I don't know." Josh glanced sideways at George, and watched him for a while. He was frowning, deep in thought. "You like him?"
"Dan?" George asked. Josh nodded. "We're not even friends, really."
They continued to walk, both in thoughtful silence, until they reached the road where Josh lived. George paused at Josh's gate. He was still frowning.
"What's the matter?" Josh asked.
"Just thinking. I don't think I'm ever going to have a boyfriend. It's too complicated."


So what happened? Both proofreaders stated in their margin notes next to the last line: 'should be girlfriend'. Note, they didn't ask or suggest - they were confident they were right, because George is a boy, and they assumed, not that George is straight, but that readers will assume he is straight.

My dilemma: should I leave it as it is without explanation, which then draws attention to what could, potentially, be judged an error? Or do I add in something earlier to make it clear that George is gay?

It is a fault of the reader if they assume George's heterosexuality, and if this one word draws attention to their own, more than likely inadvertent, heterosexism, then my work here is done.

The word 'boyfriend' stayed, and without qualification or apology. I know the risk I'm taking as an author, and it is mine to take. It is more important to me to take a stand against heterosexism than it is to keep a (heterosexist) reader rapt in my story.

However, it is NOT my risk to take as an editor, and whilst I know that raising an issue like this with an author is likely to cause uproar (because that is how I reacted in the same situation), I have to.

Throw in that language difference, and one can easily see how the minor outrage caused by being called to question can multiply exponentially when I say 'this is not what readers are expecting and it therefore draws attention to itself' and the author hears 'this will offend readers'.

In writing and editing, every word matters. If one word is chosen over another, or a sentence is phrased in a particular way, we direct the reader's expectations, which is why it's so important for us authors to work with an editor who knows what they're doing, and who is natively fluent in the language in which we are writing.

If we trust our editors and proofreaders, then we can at least take solace in the fact that when they point these things out to us, they don't do it to piss us off, even if that's the unintended consequence. Editors steer us clear of road blocks and make sure we don't veer off into a canyon while we drive blinded by the wonder of our words.

A good editor is an author's best friend and worst enemy rolled into one. Our work is their work, and they have our best interests at heart - if they don't, then it's time to get a new editor.
Beaten Track Publishing Chain of Secrets Checking Him Out editing English Hiding Behind The Couch interpretation language LGBTQ translation writing