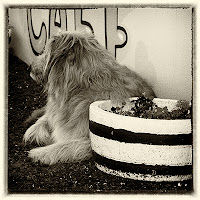 If I didn't run a publishing company, and if I wasn't an author, today would be the day I'd leave GR. It's not that I've been naïve until now about how many spiteful, full-of-their-own-self-importance trolls reside there. Nor have I ever thought GR could or should do something about it. Freedom of speech and all that...

Freedom of speech is not a licence to verbally bully others, particularly when those others are banned from defending themselves.

Freedom of speech is the right to speak up for your beliefs, to be free to say whatever you want to say, but the freedom of one should not come at the cost of another.

And herein lies the problem with GR (or any other site that allows posting of reviews, for that matter).

Readers can say what they like about books. They can justify reviews that are attacks on the author by claiming they are offended by the author's views, as expressed in that one particular book.

Authors have NO freedom of speech. We can't defend ourselves against negative reviews. We can't explain misunderstandings. We're not supposed to thank readers who leave positive reviews, or even thank readers at all, simply for taking the time to read and review our books.

I suppose one could argue that our freedom as authors resides in that we can write those books in the first place.

It's a system that pits people against each other, by discouraging interaction. So, let's say I write something that offends some people. They give it one star, rant about what an ignorant, privileged bitch I am, while I sit back, taking the blows.

What I want to do is ask questions.

Why? How did I hurt you?

I want the right to reply, to say sorry perhaps, to know how I can make sure I never do it again.

Because, you see, I'm an intelligent, sensitive person, who strives never to cause offence, to treat all people equally and with due respect. if I incite your hatred, and you want me to learn from this, then educate me.

All of this? It's not because I offended someone and they wrote a scathing review, and it has nothing to do with reviews of anyone else's books, either.

It's because someone gave me one star. No review. Just one measly star on one story.

So here's the deal: if you, as a reader, like my stories, read them. If you want to tell me you read and like my stories, I'd be delighted to hear from you. I do get the occasional message from a reader, and it's worth a thousand publicly posted five-star ratings just to know that somebody, somewhere, was moved enough by my work that they took the time to tell me.

But if you don't like my stories, then don't read them. I obviously didn't write them for you.

My next book will only be published on my website, and I'd like very much for it to not be listed on GR. In fact, I'm going to try to find a way of publishing it that makes it NOT a book so it has no place on GR or anywhere else. Because all I want to do is write stories and share them with people who want to read them.

And if you don't want to read them, then take your one star and, well, I think you can probably figure it out for yourself.

Thanks for reading (I really do mean it...most of the time),