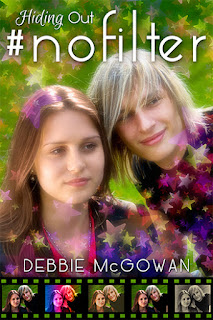 It’s so cold here! Well, for England, at least. It’s been snowing and everything! Brrr.

Anyway, there’s my very British opening. :D I haven’t had much time for anything beyond editing for the past couple of weeks, but I did get a bit more writing done on No Filter, which is what I’m snipping from today.

This week’s snippet continues from last week’s, where Matty had typed an email to Libby (whom he met in Hiding Out) and is waiting for Noah (his other half) to proofread it before he sends it.

WIPpet maths for 28th February:
2 paragraphs for this last day of the second month (not very complex, I know).


They’d done the whole ‘don’t be a stranger’ thing and made promises to write or call, and Matty had thought about doing it lots of times, but between thinking it and getting to his laptop, he’d forget or decide it had been too long. He had Libby’s mobile number—he could’ve texted or called when it came into his head—but what if she had a boyfriend and he saw her phone? Then he’d ask ‘Who’s this Matty, then?’ and Libby would be put on the spot. It was too awkward, too risky.

So, here he was, a year and a half later: email typed, ready to send, and he wished he’d just hit the button and sent it, because he was starting to have doubts. What if she didn’t remember him? She’d turned his life around, no exaggeration, but that was something he’d learned the hard way as a kid—that someone could be mega important to him while he meant next to nothing to them. Some people had trouble dealing with that, but not Matty, because he also knew that when it was the right people, he mattered as much to them as they did to him, and the love was like new paint, covering up all the horrible stuff.