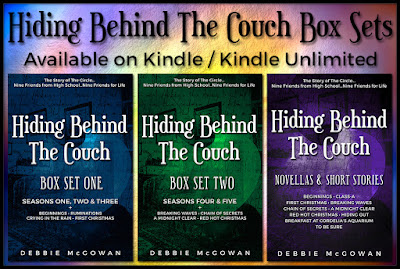 I haven't had time to blog properly on a Monday for a few weeks, so my apologies if you're a regular reader. I'm doing my best to get back in the swing of it.

This is just a quickie to announce the release of Box Set Two of Hiding Behind The Couch, which is available on Kindle only (and Kindle Unlimited).


The novellas/short stories box set is also available as a paperback - readers asked for print editions of the novellas and short stories, so here they are. Note: these stories will all appear in the numbered box sets.

The novels are also available in paperback editions. :) Visit Beaten Track Publishing for all purchase/download links