The Lost Mitten and the New Son-in-Law

So, I haven't blogged for a few weeks, and I'd like to blame my youngest daughter's wedding.

She and her new husband (who made me cry so many times on their happy day it's just untrue - I never used to be such a soft sh*te! And I mean happy tears) pretty much organised everything themselves. I say 'pretty much' because I know my eldest daughter as maid of honour worked her socks off putting the hen party together, and I'm guessing the best man did the same for the stag do.

Anyway, the short version: amazing day. The hotel was stunning. The food was awesome. The music was brilliant. Most importantly, the bride, groom and their entire wedding party were utterly gorgeous. I'm hoping she won't mind me sharing this photo as it's online already... The littluns weren't that serious all day. :)

Also on the same day (and yes, I was told off for it), I released my first ever children's book - The Lost Mitten - under the pen name J.S. Morley. The reason I went with a pen name is that I've written some fairly adult stuff, and while I'm sure my adult readers will enjoy The Lost Mitten just as much as the children, that doesn't hold true in reverse. 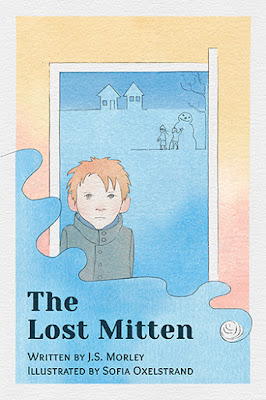 My daughter (pictured) read the story to my eldest grandson (on the right):

Daughter: Who's on the cover?
Grandson: Me.

And, well, it's an awesome coincidence, but I think he's on to something!

The Lost Mitten is an illustrated classic-style children's story - suitable for children of all ages, and it's available in hardcover, paperback and ebook formats.

I'm currently working on a novella/short novel I started writing for NaNoWriMo, which is a Christmas(sy) story featuring Josh and George from Hiding Behind The Couch. If I finish it in a timely fashion, I'll release it this Christmas. I think I've finally buffed the cover into shape too, so here it is: 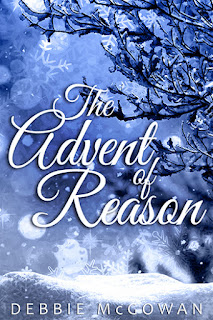 I took part in a 'five things about your work-in-progress' tag thingy on Facebook and Twitter today, which might just have given me the basics for the blurb.

1. Josh and George at (almost) Christmastime
2. Thundersnow!
3. A castle
4. A cursed room
5. A murder mystery