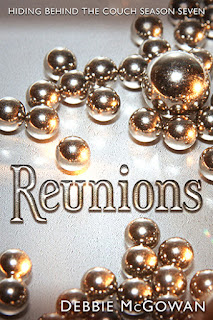 I missed last week's Rainbow Snippets - no time. :( But I've made sure I made time this week. :) Here's another snippet from Reunions (Hiding Behind The Couch #7). The scene from which this is taken features George and Josh again. It's Sunday morning, and they're about to head next door but one - to Sean's house - for an Ulster fry.


Josh sniffed. "You're wearing my aftershave."

Josh moved closer and sniffed again. He narrowed his eyes. "Why does it suit you better?"

"You like the smell of the stables on me, so that means nothing."

Reunions will be out around Christmastime...