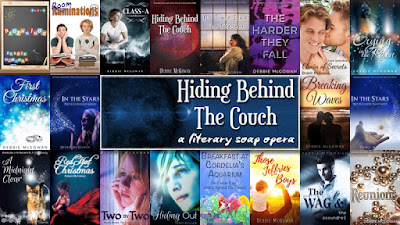 On this day, ten years ago, I started writing Hiding Behind The Couch. Season One.

Not that it was 'season one' at the time, or even 'book one'. It was my second novel and my first foray into National Novel Writing Month, and I wrote it for therapy. I've written about the reasons why previously, so I won't rehash those here, and while I often joke that I wrote my own therapist (or two), there's an element of truth to that.

I've recently started studying for a Master's degree in psychology, and in my initial one-to-one with my tutor, we were discussing my interests outside of education—specifically, writing and publishing. He mentioned 'bibliotherapy', which I'd never heard of before. Frankly, I'm appalled I hadn't, but still, I know what it is now.

Bibliotherapy, briefly, is the use of reading in counselling and psychotherapy. This can be in an instructional sense (for instance, delivering cognitive therapy through text rather than voice), but it can also be the exploration of real life experiences through their fictional representations. Of course, primary teachers have been doing this for as long as there have been primary pupils, and storytelling is prominent in the history of many cultures. But its use as a tool in modern psychotherapy is new to me.

That wasn't quite what I was doing when I set fingers to keyboard ten years ago, which is simply known as 'writing therapy' (go figure!) and is often used in conjunction with bibliotherapy. Nonetheless, the conversation with my tutor was like getting down to the last few pieces of a seemingly impossible jigsaw and finally starting to see the full picture.

I don't want to get too bogged down in 'psychologising', so I'll try to keep this short and to the point: I started writing novels around the time I became a social scientist, and I never could quite work out how those two aspects of me, and the way I see the world, came together.

I intentionally write about the hard stuff—illness (mental and physical), relationship breakup, breaches of trust, death and bereavement, prejudice, abuse etc.—but never for shock value. I truly believe fiction has the power to change hearts and minds, by allowing readers a glimpse at other ways of living, and the opportunity to question/reflect on their own beliefs/attitudes.

This is also the power of social science—and its magic. My favourite part of teaching the social sciences is the moment when a student 'gets it', and suddenly the world looks very different. It doesn't happen to every student, and it can be disorientating; it's a heightened awareness of the world around us—what C. Wright Mills termed 'the sociological imagination'.

That's where my writing resides—at the junction of reality and fiction—which makes for complex and intensive research, but it's important that it mirrors the real world—our world. That's the social value of realist, character-driven fiction, and I'll keep writing it for as long as there are readers who benefit from it in some way—enjoyment, entertainment, therapy, enlightenment, doorstop—I'm not fussy.

See? That was fairly short and to the point…for me. ;)

Here's what ten years of Hiding Behind The Couch looks like:


I've changed a few covers (quite a few more than this)… 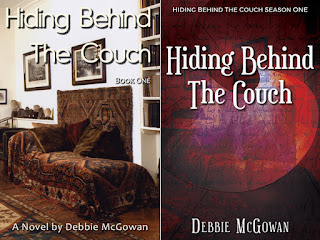 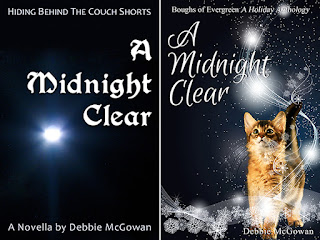 I've written (half of) a spinoff series… 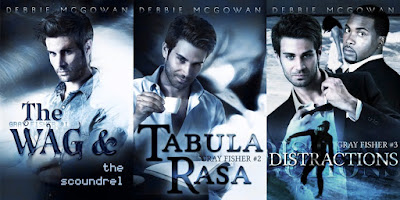 I've also forgotten a few things along the way. I wrote a blog post a couple of days after I started writing Hiding Behind The Couch, in which I claimed:


I have obtained a state of acceptance about what I write: it might be rubbish, but it's my rubbish. At times it stinks, so hold your nose and walk away. Me? I'm stuck with it and I must dispose of it somehow. That's what it's about, this writing thing. As Allen Ginsberg said, "It’s that time of night, lying in bed, thinking what you really think, making the private world public". My writing, wherever it may roam, is the private made public, what we really think, who we really are, behind the shirts, ties, uniforms, careful hairstyles and cosmetics.

I was naïve back then—not about writing, but about how hard it is sometimes to not take negative reviews to heart. They carry far greater currency than positive reviews, and I wish I didn't care, but I do. As an educator, I'm expected to reflect on feedback and use it to improve my performance; as an author, I have to remember that sometimes the shield of being a distant consumer makes some readers/reviewers very, very mean.

I still have no plans to close the curtains on the world of Hiding Behind The Couch. One day, maybe The Circle will tell me it's time to leave them be. It's not yet, though. :)

In the pipeline:
To Be Sure - a character special about Saorla Tierney (expected this month, part of the Never Too Late collection).
Tabula Rasa (Gray Fisher #2) probably in 2018.
Alumni (HBTC #8).
Goth of Christmas Past - my NaNoWriMo 2017 novel - a seasonal special about Krissi, Jay et al.
Hiding Behind The Couch Box Set Two - I hope to have this ready by January.

In the meantime (in case you missed it above), Box Set One is free this weekend on Kindle.

To conclude this post, here are my therapists, getting on as well as ever. This is from Alumni, so it's unedited writing in progress. 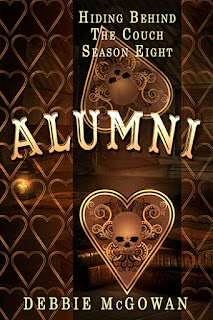 Sean took his phone out and called the firm again as his neighbour drove away towards her shop, which was in the opposite direction to the university and hospital. They’d had the discussion before.

“It’s on its way,” the taxi firm claimed.

“From where? Birmingham?” Sean did his best to sound jovial, though he wasn’t feeling it.

“Come on, Tierney.” Josh clicked his key fob, remotely unlocking his car, and got in before there was any argument, although Sean could see a taxi—potentially theirs—in the distance, and getting Dylan’s car seat into the back of Josh’s car was a pain in the neck. Deciding it was safer to risk upsetting the taxi firm, Sean secured Dylan, pushed the front seat back into position and climbed in beside Josh.

“No problem. I need to see personnel anyway.” Josh signalled and pulled away from the kerb.

Sean looked him over. “You’re not dressed for a meeting.”

“I’m hoping they’ll get the message once and for all.”

“They might at that.” Josh was wearing what passed for scruffs for him: a light-blue and white rugby shirt—with iron-creased sleeves—and washed-out jeans. A self-conscious smile flickered across his lips when he sensed Sean’s continued perusal of his attire.

“I’m going straight to the surgery,” he explained.

“Ah, right.” Sean was about to say he’d go there after he was done with clinic, but his thoughts skimmed over ‘more faffing with taxis’ straight to a decision made with no need to think. “I’m going to get a car.”