Synopsis:
It’s been three years since Micah’s spouse, Cat, passed away at the age of thirty-six. In the process of cleaning his house, Micah discovers a series of letters Cat hid before he died, in which he made one request: that Micah empty his life of Cat as a way of moving on. Micah has been able to work through his sorrow, but he’s unable to fulfill Cat’s last wish. He can’t see a way past his loneliness despite all the caring people around him.

Enter two new friendships. Jude, Micah’s vivacious new coworker, brings joy back into his life. But she has a big secret about her family, and the truth will rock Micah’s understanding of who she is. Chris, the new minister at Cat’s former church, intrigues Micah. Unlike Jude, Chris is an open book, from his musings on theology to his work as a trans advocate and activist. His gentle manner and deep faith become safe space for Micah to open up about his loss.

Through them, Micah becomes involved with the town’s new community center, where he offers a creative writing class. Using Cat’s detailed letters, he fictionalizes their love story to share with his students. In doing so, he at last begins to sort through his complicated grief. Micah learns he doesn’t have to erase his life with Cat in order to make new memories. He may even be falling for Chris, despite their vastly different spiritual views. With a little help from family and friends, Micah will need to open his heart to love completely again.

Content warning:
This book is about loss and grief, particularly the death of a long-term partner. There are scenes of character death, funerals, and reactions to loss. There are also numerous references to spiritual trauma, lgbtqia antagonism, abusive family members, and previous suicide attempts. There are no graphic or detailed scenes of the content, however they are mentioned throughout. It may bring up strong feelings in readers. It is not meant to describe every person’s experience nor give advice. 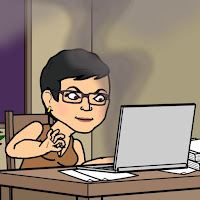 A. M. Leibowitz is a queer spouse, parent, feminist, and book-lover falling somewhere on the Geek-Nerd Spectrum. They keep warm through the long, cold western New York winters by writing about life, relationships, hope, and happy-for-now endings. In between noveling and editing, they blog coffee-fueled, quirky commentary on faith, culture, writing, books, and their family.

Review:
There was a time when I could have said, quite honestly, that I wouldn’t willingly go into a book knowing it was about loss and grief. As as child, I read because I wanted to; as an adolescent, I read because I had to; as a young(ish) adult, I read for escape. After all, it’s during this period of our lives, for most of us, we take on greater responsibilities and realise: however much we don’t want to do some things, we no longer have the luxury of choice. It’s also around this time that most of us experience our first major bereavement—grandparents or other older relatives, maybe parents. More rarely, our spouses or children.

For me, it was my gran’s death when I was twenty-five. My youngest daughter was four months old, and I had returned to education—something of which my gran did not approve, in spite of (or perhaps because of) missing out on the same opportunity herself. I remember going into college the day after she died (a Monday), and the day after, and so on until the end of the week. It was only on the Friday that I felt in control enough to tell one of my tutors what had happened.

A few months later, we were revising for exams, and the tutor asked us to open our notes on some topic or other that I didn’t recall having studied. I opened my folder and thumbed through the reams of notes (I’m longwinded in all aspects of writing), and there—to my astonishment—were my notes on the topic. A quick check of the date confirmed it was what we’d studied the week my gran died; while my body had gone through the motions, my brain had disconnected.

We all experience grief uniquely, and in a way, those experiences inoculate us—not in the sense that we become immune to future suffering (our own or others’), but we’re better equipped to cope with it. Reading stories about grief—if realistically portrayed, as is the case with A.M. Leibowitz’s Keeping the Faith—can also serve that purpose. More than that, a novel is a safe space within which we can explore our emotions vicariously through the characters’ grief, as well as consider our response to others going through loss and grief. There is no right or wrong way to grieve, and reading about those different experiences has the potential to enhance both our understanding and empathy.

I realise this doesn’t read much like a review. It’s when I get caught up in reflecting on the characters’ lives, wondering how they’re doing now, replaying moments—happy, sad, funny, magical—and how those relate to my own life that I know I’ve loved a novel, or, in this case a series. I felt an affinity for Micah from the very first moment I ‘met’ him in Passing on Faith (book one). When I was reading Keeping the Faith, if I could, I’d have written to him to remind him how strong he was to permit himself to love Cat—not because of Cat’s health, but because of his own mental health. It would’ve been far easier to walk away and continue ‘flatlining’, but he took a chance once; I’d reassure him he can do it again.

When I reviewed Passing on Faith, I said I felt like Micah, Cat and their family and friends were real people, ‘somewhere out there’. Two novels and a short story collection later, they are so real…I’ve grieved for Cat, too, and I guess I’m grieving for the series. I’m caught in the denial phase (this is where I shamelessly nudge, nay, shove and nag the author) where I can’t believe it’s over. I always wanted to know more about Jeremiah, and others, but I have a soft spot for Jeremiah. And the community centre seems like a really great place filled with lots of interesting people. And…and… [C’mon, Cat, help me out here.]

Keeping the Faith is a beautiful, fitting [grumbles] end to the Faithfully Yours series, and while it is about loss and grief, we leave Micah in a hopeful place. He’ll make it, I’m sure.

While you could, in principle, read Keeping the Faith without reading the previous stories, I fully recommend starting from the beginning: