Just because... #Valentine Hiding Behind The Couch 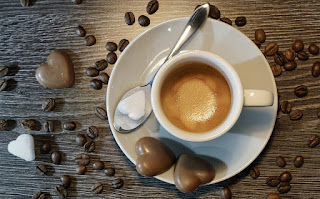 Not new material, or even a work in progress. It's Valentine's Day, which is also Josh's birthday, and it's been a busy couple of weeks. So here's an excerpt that's kind of a story in itself. 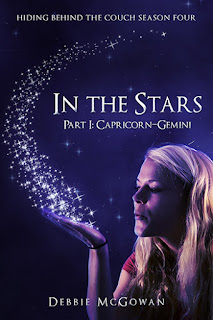 Josh smiled, trying to disguise his unease with his current client—a man in his late fifties who, after twenty minutes of waffling about deaths in suspicious circumstances and violent gangland killings, had declared that he could see ghosts. But not any old ghosts. Oh no. Obviously, these were the ghosts of the victims, and in Josh’s head, he could hear them calling ‘Avenge my death!’ although these words had yet to pass the lips of his newest client. And he’d said he wasn’t going to take on any more. His phone vibrated against his leg for about the twentieth time in the past hour, and he shifted position. Ghosts. Good grief.

“When you say ‘see’, can you explain what you mean by that?”

“I don’t understand the question,” the man said. Mr. R. Forster. That was his name. No clues as to what the ‘R’ stood for.

“When the ‘ghosts’ make themselves visible to you, do you see actual people? Or do you just see lights, or—”

“Did you need to get that?” Mr. Forster asked.

“Oh, no. Sorry. It’s nothing important.” Josh smiled apologetically. He usually turned his phone off and put it away in the drawer, or left it in his jacket and hung that in the closet across the room, but today, he’d been typing a text message when Mr. Forster arrived, so he’d hastily shoved it in his trouser pocket, where it had been buzzing away ever since. “OK,” he said, “do these ‘ghosts’ talk to you, or can you just see them?”

“I can’t hear them, but they are talking. I can see their mouths moving.” Mr. Forster suddenly covered his face. “Oh God, it’s so terrible, the things these poor souls endure.” He uncovered his face again. “They’re screaming, crying out, unheard, across the void, calling for help.”

As a fruitcake. Josh’s phone vibrated again. He took it out, turned off the notifications and put it down on his desk. He glanced at the clock. Five minutes of this craziness left.

“Can you recall when these experiences first started?” he asked.

Mr. Forster pondered for a moment before he answered. “It’s been since the death of my wife.”

Josh started to make a note of this. “And when was that?” His phone screen lit up: call from Ellie. He turned it face down.

“Five years ago. Are you sure you wouldn’t like to answer your phone? It must be quite important, if they keep trying to call.”

“It’s not, I assure you.” Josh smiled—again. He was starting to get cramp in his jaw. “I understand this might be painful, and if it’s too painful, please don’t feel you have to answer. May I ask how your wife died?”

“She was killed in a car accident.”

“She’s been visiting me ever since.”

“Did you ever have any bereavement counselling?”

“No. My doctor suggested it, but I told him I didn’t need it. She’s still with me, isn’t she?”

Josh shrugged. “Depends on your beliefs.”

“Do you believe in an afterlife?”

“I’d prefer not to comment. This is, after all, about you.”

“I do. And I believe that troubled spirits—the ones who were not ready to leave—get lost in between this world and the next. That’s where my wife is, and all the others calling out to me. I think she may be directing them towards me.”

Josh glanced at the clock again. Time up. He slid forward on his seat and uncrossed his legs.

“That must be some solace. That you feel your wife is helping other lost souls?”

“Yes.” Mr. Forster nodded. “I do take some comfort from it. However, I’m exhausted. I need to block them out, silence them. I’ve asked them to leave me alone, but they won’t listen. They just keep coming, again and again, ‘Avenge me! O, avenge me!’”

And there it is. Josh rubbed his nose, trying hard not to laugh. He cleared his throat.

“All right, Mr. Forster. We have another appointment booked for the same time next week, don’t we? That will give me time to consider our options, which we can discuss then. How does that sound?”

Mr. Forster stood up. He was distracted, as if watching something going on across the room. Josh couldn’t help himself; he glanced in the same direction and back at his client. Mr. Forster smiled and shook Josh’s hand.

“Thanks,” he said, indicating with a nod across the room. “My wife,” he explained. “She’s blowing out the candles on a birthday cake.”

“OK.” Josh could feel his eyes growing wide of their own accord.

“Is it your birthday?”

Josh laughed in disbelief and combed his fingers through his hair. “Yes,” he confirmed, “it’s my birthday.”

And then he was gone, leaving Josh standing in the middle of his surgery with his mouth hanging open and wondering if he was staring rudely at—or right through—the invisible, late Mrs. Forster. He shook himself out of it and picked up his phone—lots and lots of text messages, missed calls, emails and online notifications—there was nothing like social networking to make one feel extraordinarily popular.

Excerpt from In The Stars Part I: Capricorn–Gemini (Hiding Behind The Couch Season 4)