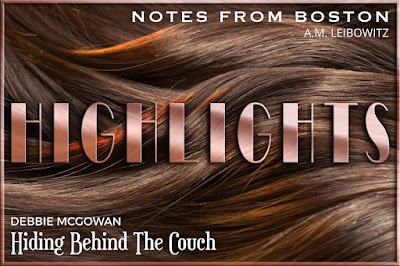 
About A.M. Leibowitz
A.M. Leibowitz is a queer spouse, parent, feminist, and book-lover falling somewhere on the Geek-Nerd Spectrum. They keep warm through the long, cold western New York winters by writing about life, relationships, hope, and happy-for-now endings. Their published fiction includes several novels as well as a number of short works, and their stories have been included in anthologies from Supposed Crimes, Witty Bard, and Mischief Corner Books. In between noveling and editing, they blog coffee-fueled, quirky commentary on faith, culture, writing, books, and their family.

About Debbie McGowan
Debbie McGowan is an author and publisher based in a semi-rural corner of Lancashire, England. She writes character-driven, realist fiction, celebrating life, love and relationships. A working class girl, she ‘ran away’ to London at seventeen, was homeless, unemployed and then homeless again, interspersed with animal rights activism (all legal, honest ;)) and volunteer work as a mental health advocate. At twenty-five, she went back to college to study social science—tough with two toddlers, but they had a ‘stay at home’ dad, so it worked itself out. These days, the toddlers are young women (much to their chagrin), and Debbie teaches undergraduate students, writes novels and runs an independent publishing company, occasionally grabbing an hour of sleep where she can.