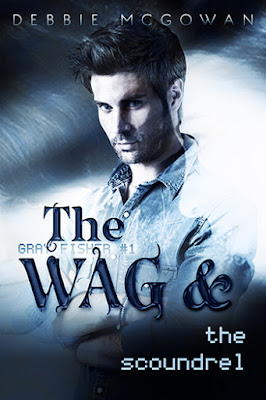 Am I going to rant? I don't normally. Haha.

OK, I'm not going to rant as such, but I am going to make a number of points in this post that are powered by utter fury and frustration, but I'll do my best to remain objective and not shoot my mouth off.

First up, in my last post - 2016 Writing Round-up Part 1: Those Jeffries Boys - I said "I've stuck to [taking Christmas off] with one exception, which was a Boxing Day discount event on All Romance eBooks. Obviously, that couldn't wait, but the twelve emails I've set aside can."

Well, what a total bloody waste of time that was! Between Boxing Day (26th December) and 28th December, All Romance eBooks went kaput. I won't go into the nitty-gritty, but what I can tell you is the email I received on 28th December, announcing the closure of the site, offered to pay 10% of royalties owed to authors and publishers. Authors for whom ARE acted as publisher were offered their rights back, and I believe the deal was even worse for them. You can imagine the opinion I have and all that I want to say. It involves a lot of swearing, but onwards and upwards...sort of.

If you bought any of my books (or any other Beaten Track titles) from ARE and lost them in the shutdown, email shopATbeatentrackpublishing.com with screenshot/receipt for replacement copies.

2016 was a year of genre trouble for me (to put it mildly). I don't like genres. They're too restrictive to my creativity, and ultimately I'm writing stories because I want to. You, loveliest reader, should read them because you want to.

I went through the ever-repeating roundabout of the genre dilemma when I was writing The WAG and The Scoundrel. I know how to write a romance; I know how to write a crime mystery. But both have been done to death, and writing within these narrow confines bores me seneseless, so my choice was...

Naturally, I always want to go with option b). It's more fun for me, even though it means fewer readers (potentially), but that's fine (see above, re. write/read if you want to) because I don't write for money (thank f**k, given the amount of plagiarism, theft and piracy).

However, as I've written a few books that are a much better fit for specific subgenres (i.e. M/M Romance), there are readers who come to my other stories with certain expectations (bonking menfolk, mostly), and when those expectations are not met...

Yep, the one-star review. Or two stars, if I'm lucky.

And I get it. I do. If I'd been looking forward to a 'crime mystery / gay romance' for a month only to find that's not what I was reading (although WAG has significant elements of both romance and crime mystery), I'd be disappointed too. But here's the rub: there are certain retailers (Amazon) who categorise books NOT according to the categories authors/publishers select, but according to a combination of text analysis of the ebook file, the blurb and the keywords.

Add to this that other retailers (Smashwords) don't have specific categories for some subgenres, while still others (iBooks) make demands that books be re-categorised (incorrectly) before they agree to list them...well, it's all a bit of a nightmare for both authors and readers.

We would do well to all work together and extend a little understanding to each other.


The Good Stuff
There are readers who love my books - I know because they've taken the time to tell me so. We chat online (and sometimes face-to-face). They don't care about my disrespect of genres or how my work is categorised. They read what I write because they want to and they enjoy it. In the end, it is those readers who always matter most.

Thanks bunches - for reading, for reviewing, for saying 'hi'. You are wonderful! :)


What's Next?
There is so much I want to write this year, but I'm not going to tie myself up with deadlines and stress, so here's the tip of the iceberg.

I have 2017 plans for Gray Fisher. More than plans, I have a cover for Book Two! Oh, yes. I'll be starting work properly on the story in the next couple of months.

The main characters from The WAG and The Scoundrel will be back: Gray, Rob, Will, Naomi, Aaron, dogs, rabbit, guinea pigs, parakeet, chickens etc. I have no idea what they're up to yet.

The Checking Him Out world - it's been odd not to visit Sol et al for a year, but he's still around.

I have the beginning of The Making of Us, which is Jesse and Leigh's story.

I also have half a story idea and a dodgy draft cover for Checking Him Out At Home, which is Sol and Adam doing what they do best (argue and shag).


Hiding Behind The Couch - I continue to scribble away at Reunions (Season Seven). It's getting there...

In case you missed them, I released THREE HBTC stories in 2016:

I think I'll pause there, catch my breath, and get back to writing!

Thanks for reading.
To you all, I wish a happy, healthy and prosperous 2017.
Deb x
2016 bisexual fiction Checking Him Out excerpts Gray Fisher Hiding Behind The Couch LGBTQ Of The Bauble The WAG and The Scoundrel year in review