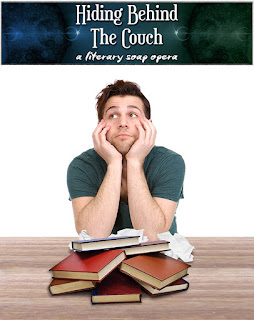 A couple of weeks ago, I posted CVs / character profiles for Kris Johansson and Charlie Davenport from the Hiding Behind The Couch series, and people liked those / found them useful, so I’m going to post the profiles for the rest of ‘The Circle’ (the original main characters in the series) and ‘extended circle’ (additional main characters, below the circle on the right)—in no particular order.

Today, I present, for your delight and curiosity, Doctor Sean Tierney. It seemed an apt choice for this week, as in the HBTC universe, Sean’s birthday falls on October 5th. He’s 44 this time around (post Reunions – Season Seven).

Now, followers of the series will probably know that I don’t write the stories entirely in chronological order. The ‘seasons’ are written and published in chronological order, but when characters reveal information about their past, if there’s another story to tell, I’ll ‘go back’ and tell it. You can find both the writing and suggested reading order on this page: deb248211.blogspot.co.uk/p/hiding-behind-couch.html

There are also characters who I intend to feature in only one story, but they have other ideas—like Sean, who was supposed to be a foil for Josh when he first appeared in No Time Like The Present (Season Two) but wanted to stick around. By the time I’d finished writing The Harder They Fall (Season Three), Sean had given me his and Josh’s full back story. It goes without saying that Josh was not at all impressed.

And here are some excerpts featuring the charming rogue himself! 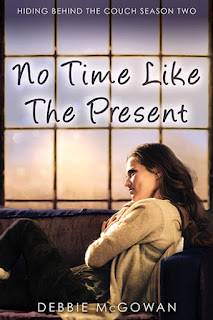 (Setting: Sean’s house—although this, chronologically, is Sean’s second appearance in the series, this is the first time I ‘met’ him.)

Sean Tierney was one of those dark-haired Irishmen, blessed with cheeky good looks and a sharp sense of humour that appealed to virtually everyone. In spite of his sociable nature, he lived on his own, in a small terraced house on the outskirts of a village just beyond the boundaries of the main town. It was a close-knit community, and the villagers rarely accepted strangers into their fold, but with some carefully measured interaction and just a little Irish cunning, Sean had successfully endeared himself to them, in particular, the leader of the Parish Council—a woman in her early sixties who took a very dim view of everything. Or, it would seem, everything apart from Sean Tierney.

Sean poked around in the dark with his key, eventually felt it come to rest in the keyhole, and gave it a full turn clockwise. Sphinx, his very curious cat, was mewing loudly just the other side of the door, anxiously awaiting the return of his master, or servant, as was the reality of the cat-human relationship. The creature was a real oddment: mostly Siamese, with ears that bent over ever so slightly, and a vast bushy tail like a Persian, hence the name, because he looked like two cats merged into one.

“Hello, Sphinxy, how was your day?” Sean switched on the light in the narrow hallway and bent down to stroke the cat’s head, at which it slithered the whole length of its back against his palm.

“Mine was quite the usual sort of day,” Sean continued, in response to the cat’s greeting. “I had a meeting this morning with the community health team. It went quite well. They still won’t give me any more money, which is a shame. Then I went up to the university to try and catch up with Josh, but he wasn’t there. Again, it’s a pity; I haven’t seen him in ages, but I should’ve phoned him first, d’you think?” The cat continued to parade up and down, pausing occasionally, as if to listen intently.

“Ah, now. I bet you remember Josh. You were a tiny kitty when he came here. And he liked you, so he did. He picked you up and sat you on his knee there. I think you liked him too. OK, so, it’s dinner time, I suppose. What shall we have tonight?” Sean scooped up the cat with one hand and continued to stroke him with the other, walking through to the kitchen, turning on lights as he went. 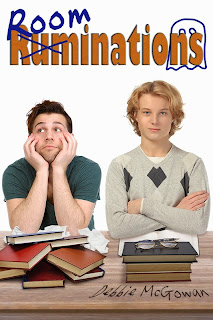 (Setting: Sean has arrived at his English university halls of residence with next to no money.)

Whilst Sean stood in the doorway to his room, pondering over what he was to do about the lack of bedding (a lone, bare pillow was the sum total soft furnishings), a student emerged from the next room along, quietly closed his door, checked that it was locked, moved to walk away, went back and checked again, before heading in Sean’s direction. The other student―young-looking and pale with foppish blonde hair―gave Sean a very brief smile on his way past.

“Hello,” Sean said, continuing to watch him all along the corridor, until he reached the door to the stairs. At the last second Sean called, “Excuse me.”

The other student stopped and turned around.

“Sorry to bother you, but do you know if there’s a linen store where I can get some blankets?”

The other student frowned thoughtfully, making his way back. “You’re supposed to bring your own,” he said.

“Ah.” Sean put his rucksack down.

“That’s right,” Sean said, suitably impressed. The other student was seemingly perplexed by this. “I wouldn’t have expected an Englishman to know the accent.”

The other student shrugged. “It’s on the news a lot at the moment, and it’s very distinct.”

“Josh Sandison,” Josh responded, accepting the big rough hand of friendship extended to him. He glanced down, observing the calluses. Sean retracted his hand self-consciously.

“I’ve been working in a wood yard for the past three years,” he explained. “The place went out of business, so I’m here. With no blankets.” Sean eyed his bare room again and scratched his head. “I need to find a bank and a shop. Any ideas?”

Josh hadn’t explored the local area since he’d got drenched outside the phone box on his first night, but he did know where the shops and the bank were. “Yes. I’ll walk down with you.”

“Don’t worry. If you can just point me in the right direction―I’m sure you’ve better things to do.”

Sean left his bag in his room, locked the door and the two of them headed off-campus together.

“What are you studying?” Sean asked.

In The Stars Part I 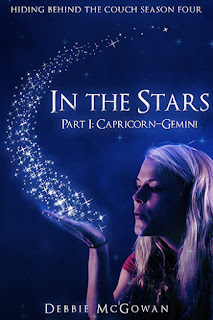 (Setting: Milky’s Milk Bar. Shaunna and Sean have met up for a milkshake and a chat—they’ve only recently become acquainted).

“So I watched a bit of that crime drama nonsense,” Sean said, blasé.

“Yes, I suppose it was. He’s not a bad little actor, that husband-ex-husband of yours.”

“Huh? Oh, yeah.” Shaunna was distracted by the two young men sitting across from them, both sucking hard at their straws and experiencing the same lack of success she had encountered on her first visit. “Why?”

“Why what? Suffer the pain of the yoghurt not-smoothies?”

“No. Why give a compliment and make it sound so condescending?”

“Did I?” Sean pretended to be surprised. “It was unintentional.”

“They’re quite hot,” said the Milky’s maid. It was written on her apron: Amy, Milky’s Maid.

“OK. Thanks.” Shaunna carefully pulled the glass close to her and put her hands around it. Amy the Milky’s Maid wasn’t wrong. Shaunna moved her hands away. Amy placed the second glass down.

“Thanks.” Sean used the paper napkin to manoeuvre his glass along the table.

Their ‘maid’ nodded politely and returned to her position behind the counter.

“Yes, so was it well received?” Sean asked.

Sean gave her an enquiring look.

“It’s his job. If he worked in telesales, he wouldn’t come home and tell me all the ins and outs of it.”

“I take your point. But it’s not exactly your run-of-the-mill kind of occupation, is it?”

Shaunna shrugged. “He’s always been an actor. It’s pretty run-of-the-mill to us.”

Sean acquiesced. “And how are you doing?”

“Me, too.” Sean tried his drink. Still too hot. “Shall we start again?”

“And how are you doing?”

“Feckin’ terrible. What’ve you been up to?”

Thanks for reading!
Deb x
excerpt excerpts HBTC CV Hiding Behind The Couch In The Stars No Time Like The Present Reunions Ruminations Sean