The post title may seem a contradiction, but I've taken a break from The WAG and The Scoundrel to write this post, so...


And here is a Word Cloud in the shape of a star (not quite so random as it seems): 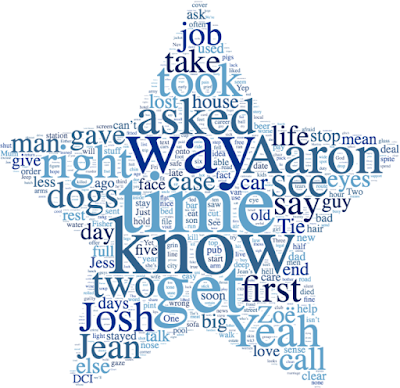 
The WAG and The Scoundrel is scheduled for an October release and is available for preorder on Beaten Track Publishing.

Thanks for reading,
Deb x
crime mystery gay romance Gray Fisher Hiding Behind The Couch LGBTQ The WAG and The Scoundrel word cloud work in progress