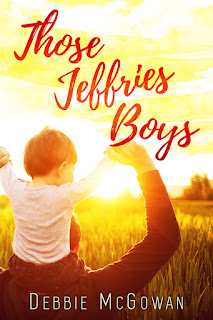 I made the decision this year, to take a couple of weeks off for Christmas. You may well be reading this and thinking 'that didn't go very well, did it?' which would be fair comment, although my intention was to take time off from Beaten Track, and I've stuck to it with one exception, which was a Boxing Day discount event on All Romance eBooks. Obviously, that couldn't wait, but the twelve emails I've set aside can.

The break from publishing was mostly so I didn't miss Christmas again (that's what's happened the past couple of years), and it's been lovely to spend time at home, mostly with Nige + dogs and cat. Jasmine comes and goes - more so than Beth, which is amusing, as Beth's left home and Jasmine hasn't (she says she's never leaving).

It's also been a chance to do some writing-related stuff that needed my attention long before now, and I'm really going to try to properly set aside time for my own writing in 2017 and beyond. Partly, it's about re-conceptualising. Regardless of how often I've told other people that their creative pursuits are important, I still treat my own writing as a reward to be enjoyed when all the other work is done. And the other work is never done. 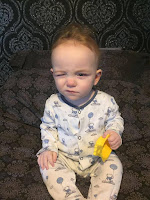 2016 has been a tough year on a personal level. Nige was diagnosed with cancer and had fairly drastic surgery that earned him the nickname of 'Nearly Headless Nige'. He got the all-clear post-operatively and in his six-month follow-up.

We also lost both my dad and Nige's stepdad (I can hear my sister saying, 'We didn't lose Dad - he's under the desk.' We have no idea what to do with the ashes.)

All of this is balanced against #1 grandson going from strength to strength after a 12-week early start in life in September 2015.


I'll briefly mention that my mum's had eye surgery and her gall bladder removed (she's doing great, she says). She turned a rather glamorous 70 this month... 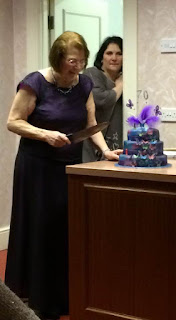 Beware of mothers bearing knives... :D
My sister made that cake - how good is that!

...which brings me quite nicely to the theme of my first writing round-up post of 2016 - first ever, in fact - which is parenting, kind of, although I didn't write with that specifically in mind. It began with this online conversation with my BF/editor:

And ended with me writing Those Jeffries Boys. For Andrea. Mostly. Yes, OK, I wrote it for me, too. I'll come back to those fine chaps in a moment.

See, with all the madness of this year, my perception is that I've barely had time to write, and yet, when I updated my 'Deb's Catalogue' spreadsheet in preparation for this post, I had to wonder: was I writing in my sleep? Granted, I'm about 100k words down on the previous three years, but I've written 392,478 words this year. Goodness!

So anyway, back to Those Jeffries Boys. The novel was released on 26th May, 2016, part of Hiding Behind The Couch, and it's a character special featuring Mike, Andy and Dan Jeffries. Andy and Dan are main characters in the series, and they are 'alpha males' with all the associated traits this notion conjures (competitive, sporty, muscular, etc. etc.)

For the purposes of Those Jeffries Boys, the story is told from Mike, Andy and Dan's points of view (a chapter each) with a bit of Shaunna's point of view along the way, because she's a push-in.

Speaking of Shaunna, here's her #1 fan (and father of aforementioned grandsons - the 'superhero' - folding laundry (and Shaunna, just for you, Ashley ;)): 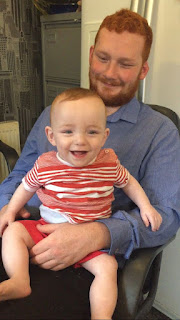 Now, at some point, I made illustrated excerpts for marketing the book. I think I posted them. It's all a bit of a blur. Whatever, I thought I'd include them here, as part of an illustrated/excerpted blurb (click images to see larger versions):

Following the imprisonment of his ex-girlfriend, Mike Jeffries has one priority: his six-month-old daughter, Bethan. Between caring for her and being a self-employed painter and decorator, he's already got enough on his plate, without his sisters-in-law insisting he's ready to date again. Now Bethan's grandmother intends to fight him for custody, and Mike's not sure he can rise to it.

Always up for an adventure, Andy Jeffries has finally found the perfect challenge: keeping the woman he loves satisfied and raising their twin daughters, Rosie and Sorsha. The problem is everyone else thinks he needs more, and dealing with his brothers' trials and tribulations means he's getting it, whether he wants it or not.

Dan Jeffries is about to become a father for the second time, and he's terrified, not that he's the kind of man to admit it. But after the premature birth of his daughter, Shu, he's taking no chances until his son is safely delivered into this world, which means putting a hold on his hunt for the perfect family home. However, the house he wants comes with a very big price tag, and not of the monetary kind.

Those Jeffries Boys is available as an ebook (epub, mobi, PDF) and at some point I will make the paperback.


As always, I'm happy to answer questions/talk about my writing, so if you fancy leaving a comment, that would be awesome.

Thanks for reading,
Deb x
2016 excerpts Hiding Behind The Couch Those Jeffries Boys year in review