Where haven't I been? A post-November update, snippet and freebie

December 05, 2016
I haven't posted in almost a month, which is madness, but then, my work schedule has been full to busting. Between teaching for the Open University (three assignments to grade within a month) and preparing ten separate publications (one of them an anthology) for November/December releases, I've stopped only to sleep...and to win NaNoWriMo by the skin of my teeth.

And I wrote a Christmas novella, which is out next week (15th December) - more on that next time. For now, you can find out more and/or (preferably and) preorder it via the links on this page:


Of The Bauble (Beaten Track)

So...all of that means I've missed the Wednesday WIPpets and the Rainbow Snippets for ages. It's about sharing, and I didn't have time to fulfil my part in that, but I'm hoping to get back on track over the next few weeks.

Well, I'm hoping to finish writing Reunions and do some reading for pleasure, actually.

I also have a few editor reviews to catch up on (as in, all the publications I've worked on since September - sixteen of them! :o).

For now, here's a snippet from Reunions. This is from one of the many scenes I wrote during November in a mad frenzy that means I'm reading back now with barely any recollection of writing the words in the first place. Funny things, brains.

The scene: Adele and Dan's house on Christmas morning. Shu is four; Robbie is three months old - and if you're a series follower, and you're wondering when Robbie arrived, have a peek at Those Jeffries Boys.

In fact, here's a one-week offer of a free download of Those Jeffries Boys (expires 12th December 2016):

Just because I can. :) After all, what point is there to writing if you don't get to read? And if you feel bad about not paying for it, please give that money to someone who needs it, or buy someone a hot drink or a pair of gloves, or whatever. I'll leave it up to you.

Anyway, here's that snippet I mentioned a bit back: 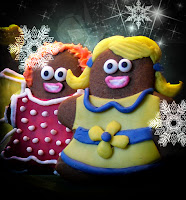 Adele switched her phone to her other hand and covered her ear to block the shrieks of excitement from Shu. She had to raise her voice to be heard. “So it looks like we’re stuck with it in the house until spring.” At the other end of the line, Shaunna was finding the whole situation hilarious. “You might well laugh,” Adele grumbled. “You haven’t got a gigantic playhouse taking up half your living room.” Another wild shriek from Shu; Adele covered her eyes and turned her back on them. “Oh my god! He’s left Robbie to come down the slide on his own.”

“Just how big is this thing?” Shaunna asked.

“Massive!” Adele said, more despondent than bragging, and she wasn’t exaggerating. Including the stilts, the cabin-style playhouse was seven feet tall, with a balcony that was three feet off the ground, complete with a slide, miniature deck chairs, little square windows, curtains, cushions… Dan even planned to fit it with central heating. A playhouse with central heating. The man was insane!