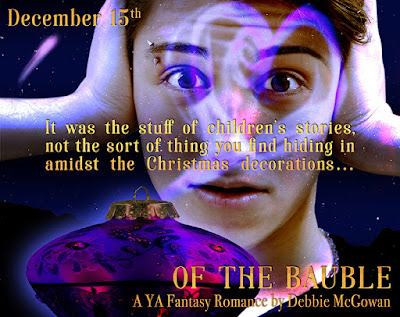 Yesterday, we finally got around to putting up our Christmas tree...which means we first had to buy one. A few years back, in an attempt to persuade the rest of my family, I compared the ecological impact of having a real tree every year vs manufacture and disposal of an artificial tree, thinking I'd win with logic and statistics. I lost.

Unless we were to keep an artificial tree for more than five years, it's greener to stick with the real deal, especially if it's recycled after Christmas, which ours always is.

However, finding a real tree this year was a bit of a trial. The place we used to buy from was only a mile down the road from us, but they stopped selling Christmas trees a couple of years ago, so we've had to go further afield. I also insisted on a Scots pine, which - according to the seller we got our tree from this time - is rarely being grown for the Christmas tree market because they're less reliable and not as uniform as the spruces.

So now you know.

At our first port of call, we found five spindly Scots pines that would've made Charlie Brown proud; second stop, not a Scots pine in sight, but we hit the jackpot on our third attempt (which would've been our first if I'd got my way, but hey-ho).

Then there's the cat. Everyone, this is George: 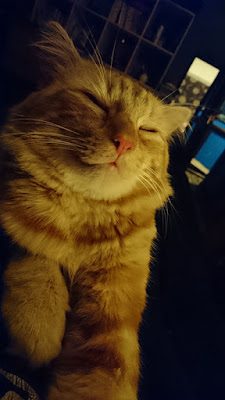 The fact his name and colouring match up to a couple of members of one of my fictional families is a fun coincidence - I promise he came with that name, and we didn't dye him ginger. ;) 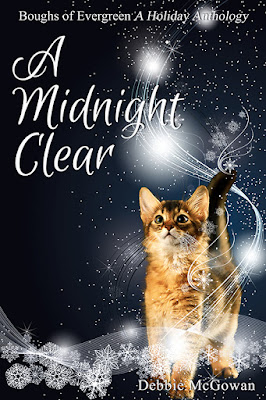 Anyway, George is - so far - unimpressed by the tree. We thought he'd be all over it, and we're kind of disappointed he isn't, in spite of us purchasing baubles that have bells inside them, which means, in essence, we've decorated our tree with twenty cat toys! 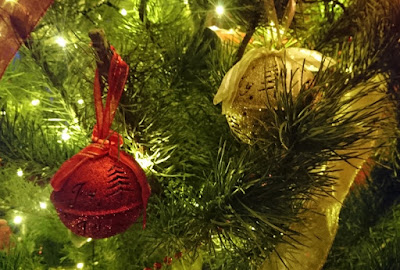 On which note...we also bought all new tree decorations yesterday, because Nige was worried he might find an enchanted bauble in amongst our decorations stored in the attic.

How was that for a lead-in to a shameless plug? :D

Not so shameless, if I'm honest.

This Thursday - 15th December - is release day for my Christmas novella, 'Of The Bauble'. It's a fantasy romance with a dash of humour, suitable for 13+ readers.

In fact, I wrote it specifically with LGBTQIA young adults in mind (in particular, B, Q and A), and it was great to be able to draw on my fourteen years' experience as a high school teacher (I always knew it would come in handy for something). Of course, spending time with young people isn't the same as being one, and it's quite a while now since I was a teenager. It makes the feedback I received from a young adult who read an advance copy all the more important - huge thanks to JM, for reading and sharing your thoughts.


When nineteen-year-old Kieran O'Sullivan takes a trip to the attic for the Christmas decorations, it proves to be an illuminating experience.

Box includes:
- a hapless but not altogether helpless student
- a pedantic supernatural being (or two, or...well, quite a few)
- a funky older sister
- the coolest mum in the world
- a naughty rescue bunny and her easily led feline sidekick
- an insightful ex-girlfriend
- twinkle lights
- tinsel
- baubles

* Warning - may contain traces of magic and a smidgeon of social commentary (hey, it's a book by Debbie McGowan - did you expect anything else?) *

Of the Bauble is a young adult, biromantic/non-binary fantasy romance. 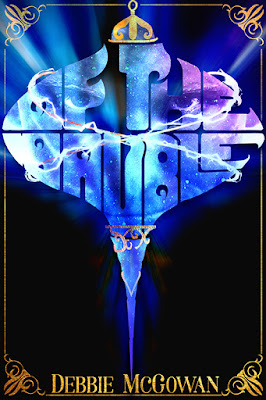 
You can read the first chapter on my website.