It's so NOT about the money 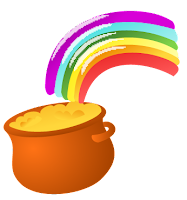 Recently, I saw an online conversation that began with an author asking the question 'Why do you write?' As expected, there was a whole variety of responses , but one in particular caught my attention. It came from an author who claimed they wrote to make money, and if they weren't making money, they'd stop writing. I believe them, and I have nothing against people writing for that reason. However, in the comments that followed, there was a strong insinuation that any author who claimed they did not write for money was lying.

I do not write for money. Not that I'm saying I wouldn't like to make some money along the way, but it doesn't even feature in the list of my motivations as a writer.

My first novel - Champagne - I wrote because I could. I had no dreams of publishing deals, nor of being a best seller, nor of seeing my name up in lights. I wrote it because the ideas were in my head, and I wanted to explore them.

My second novel - Hiding Behind The Couch - which I didn't start until seven years after my first novel, I wrote because I needed to. I needed to prove to myself that my first novel hadn't been a one-off. I also needed to write for my mental health. I was off work long-term with depression, and writing that novel - and all the stories that have followed it - helped me recover and have kept me in a much healthier mental state. However, where I had hoped that perhaps a few people might read Champagne, I wrote Hiding Behind The Couch with absolutely no intention of sharing it. I wrote it for me, nobody else. These days, I do write the series with readers in mind as well.

By that point (2007), with two novels under my writing belt, I'd realised that writing was something I loved to do above all else, but I was working as a teacher full-time, and lecturing part-time. There were so few hours left in the day, that writing took a back seat to everything else. If the house was messy, if the children needed feeding, if there was homework or marking to be done, if the grass needed mowing, the laundry, the dishes, the decorating... Writing came after all of that.

That still continues to be the case today, ten years on, even though I no longer teach full-time, and my children are adults. These days, I run a socialist publishing company. It's small and humble, and it makes next to nothing in financial terms, but none of that matters. I help other authors get their stories out there, and it enables me to justify taking writing time for myself, because I still perceive it as a luxury.

There are those who, reading this post, will at this point be muttering 'Well, you're not a real writer, then, are you?'

But what makes a writer a 'real' writer? Do I have to earn a living from it? Do I need a best seller? A shelf full of awards?

I have, in fact, achieved all of those things. In 2014 (and only 2014), I earned a living wage from my writing. Checking Him Out was number one in Amazon's Gay Romance chart for almost two months, and When Skies Have Fallen won the Lambda Literary Award for Gay Romance.

None of that makes me a 'real writer'.

Each time I start a new piece of writing, I do so for different reasons, some more ambitious or important to me than others.

No Time Like The Present - to see if I could write a sequel
And The Walls Came Tumbling Down - to try my hand at sci-fi
The Harder They Fall - to create a trilogy (I failed, but I did so spectacularly ;))
Checking Him Out - my first attempt at both first-person perspective and MM Romance
When Skies Have Fallen - to tell an important story (more on this in a moment)

I measure my success not by how many copies I sell, or how much money I make, but by whether I achieved what I set out to. Of course, the sales could be taken as a measure of how successful I am, but I could work in McDonald's or Tesco or the cake shop if it was only about money. Actually, I could go back to teaching - that pays better. But it's never been about the money.

I have little interest in material objects and wealth. I'm motivated intrinsically for the most part, but I'm also strongly motivated by helping others. Don't imagine for one moment that's down to altruism. When I see someone achieve success (by their own measures) and I know I contributed to it, I also feel successful.

The paradox:
The biggest obstacle to my writing has always been how far it is down my priorities list. Why is it all the way down there? Because it has minimal extrinsic value - or, at least, minimal in terms of bringing home the bread.

Does that mean I'm about to stop writing? Hell, no!

Writing (not just mine, and not all of mine) has so much value that cannot be measured - readers whose lives may be a little bit better for reading our stories, or who learn something they didn't know.

This past weekend, I was teaching social science undergraduates who have been studying the subject for the better part of a year. They're mature students, dedicated to their studies, and they're interested in current affairs. For all of that, they didn't know about the gay concentration camps in Chechnya, because whilst it is flooding social media for all of us who are in some way connected to the LGBT+ community, outside of that, it's not big news.

I was...horrified. But it was a reality check I needed. It's so easy to become blind to the bigger picture, to see the world warped by the walls of our own protective bubble, to misinterpret inaction as apathy, but how can people act if they aren't aware they need to?

A few weeks ago, I seeded When Skies Have Fallen on BitTorrent, along with a text document granting permission for seeding and sharing of the ebook. If I had ever doubted it was the right thing to do, having to tell those students what was happening in Chechnya would've confirmed it for me. I don't care if I never ever make a single penny from writing that book. What matters is that it is out there, beyond the safe LGBT+ fiction bubble, where anyone might pick it up, flick through its pages, and learn of a history that was hidden from them, and of which many remain ignorant.

Some authors set out to write purely for financial gain; others find they can make a living from their writing. I'm not in any way suggesting that doing so means their work has no other value. What I am saying is a book's value as an economic commodity does not automatically afford it social, cultural, historical or educational value.

The stories that matter most to me, as an author, a publisher and a reader, are the ones that would never be written if all the authors cared about was money. They're the ones that wouldn't even make it past the slush pile because most publishers only care about money. These are the authors who need to be read and the stories that need to be told.

So why do I write? For so many reasons, and not one of them is money. I'm not rich. By western standards, I'm almost poor. But on a worldwide scale, I'm wealthy indeed. I'm free. I have clean drinking water, food, a roof over my head, and I am safe. Writing is a luxury I can afford.