Non-binary visibility and The Making Of Us 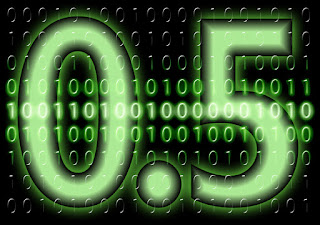 Four days: that's how long I've spent trying to write this blog post. I had it half written and my computer didn't save it (thanks, Outlook, and well done me for my impressive use of technology—thought I'd get clever with speech-to-text on my phone).

Anyway, the long and short of it is this: The Making Of Us is available for preorder!

I finished writing it over the weekend, and it occurred to me, somewhere around the 95k mark (it's 97k words in all), three of the last four books I've written feature non-binary main characters (the other two being Of The Bauble and The WAG and The Scoundrel).

This wasn't intentional, in the sense that all my characters, by default, are non-binary (because I am), so you can assume that's true unless I tell you otherwise.

First, for those unsure of what non-binary means, here is a brief(ish) explanation. This is my understanding—as a social scientist and a non-binary person—and I welcome (respectful) discussion.

As most people fall comfortably into male OR female sex categories (i.e. their chromosomes, hormones, sex organs and genitalia all match EITHER female OR male), we (western society) generalise that all people are one or the other: female or male. This isn't accurate, but it is how science works: making safe generalisations (based on empirical data) that apply in most cases.

There are some people who experience more or less the opposite of this - biologically, they are female but their gender identity is male, or vice versa. The term associated with this is 'transgender'.

There are also people who are comfortable with a 'congruent' sex and gender but they may be more feminine or masculine, for example, a 'butch' woman or a 'femme' man. These people are generally cisgender (but they might not be).

In all of the above, the binary distinctions work fairly well - female OR male, feminine OR masculine, trans- or cis-.

Then there are the rest of us who do not fit into the either/or. We're both, or neither, or constantly shifting between and around.

Intersex is not non-binary.

There is an excellent explanation of natural sex variation on this page: http://www.isna.org/faq/what_is_intersex.

My point is that even though intersex is non-binary (as in, biologically difficult to categorise as female OR male), the term 'non-binary' is about how we see ourselves (self-identity).

For the curious, this is how non-binary is for me:

I'm fine with being female; I use she/her pronouns (I'd be fine with they/their, too), but I have never in my life identified internally as 'female'. I wear gender-neutral clothes, and I have long hair because I'm an ageing hippie rocker with a pea head who looks ridiculous with short hair. Nor do I identify as 'male'. I have a conceptual understanding from my studies and research of what binary sexes mean for other people, but in relation to me, they mean nothing.

Back in 1997, as part of my undergraduate dissertation, I interviewed some transgender people about their lack of rights, and I asked one of my interviewees if the problem would be solved by removing sex from birth certificates. She got a bit cross about that. Indeed, her response was along the lines of 'doing that would bring about anarchy and the apocalypse'.

Her gender, and her right to be recognised by her gender, defined her existence. She was a very large woman—tall and wide—with what we typically view as a 'male' physique, and it had denied her life-saving treatment (hormones, surgery) because she 'wouldn't pass' as a woman.

Twenty years later, transgender people in the UK have a right to change their birth certificate and other documentation so that they are legally recognised by their correct gender. It requires an official medical diagnosis of gender dysphoria, evidence of living in their 'preferred gender role' for two years, a declaration of the intention to live in their 'new gender role' for the rest of their life, and that they aren't married.

I won't critique that beyond pointing out it's written in the language of tolerance, not acceptance, and 'preferred gender role' and 'new gender role' should be 'correct gender'. However, there is no requirement to 'pass', nor for reassignment surgery, but there is a requirement to undertake hormone treatment, and there is gender bias in the way the Gender Recognition Panel view reassignment surgery.

(Further information and legal guidance/support for transgender people in the UK can be found here: http://www.pfc.org.uk)

Being recognised by the correct gender is still as important as ever to transgender people. I accept that, even if I don't understand.

I'm not 'gender blind'; I recognise and accept other people's genders, but for me, it's not based on what they look like (I 'read minds' not bodies), and it's only one of many qualities they possess. My attraction to (or repulsion from) another person isn't based on their gender, or limited by their gender. I'm attracted to people's creativity, intelligence, humour and compassion, and whether I find someone physically attractive depends on those other factors.

For this reason, I am bisexual - attracted to more than one gender - because sex and gender have no bearing on my interpersonal attraction.

In short, I'm an in-betweeny, and I'm quite happy here. I'm not 'gender dysphoric'. I know what and who I am, and I don't want to change anything about my sex or gender, or the way those shape my view of the world.

There are three points I want to note here:

1. The binary sex/gender model is a generalisation and ignores most of the natural variation in biological sex.
2. Sex/gender is not the same as sexual orientation (lesbian, bisexual, gay, pansexual, asexual, etc.) or other forms of interpersonal attraction (romantic, intellectual, physical, emotional, etc.).
3. People are entitled to label and identify themselves as they see fit. They may even choose NOT to label or identify themselves.

There is no right and wrong in this. We are each unique, self-defined individuals. 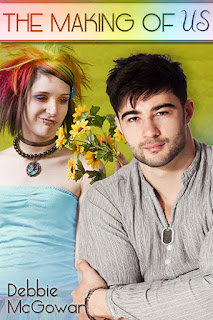 What does all this have to do with The Making Of Us?

Jesse is the main character. He's an English Lit. undergraduate, cisgender, male, and he's attracted to Leigh: an intersex person who is non-binary and identifies as queer. Through his attraction to Leigh, Jesse acknowledges that he is bisexual.

However, the story is NOT about him coming to terms with his sexuality, or fighting his attraction, or any of that other stuff that comes up in romance novels on a regular basis. Jesse's totally cool with all of that. His biggest challenge is fighting a life of being fat-shamed and the toll it has taken on his confidence and self-esteem.

And there are definitely not enough stories about fat people. Which is why, when readers asked for Jesse and Leigh's story, I decided it was a story worth writing.

All of us look at others—be they people we interact with in the real world, online acquaintances or characters in books—and assess them in relation to ourselves. Like me/not like me. It's an entirely normal process of social interaction; it's how we build and make sense of our own identity, and also how we form alliances with 'our own kind'.

But then sometimes, this happens.

We find someone like us, and we're happily tootling along, agreeing with each other and celebrating our mutual understanding, empathising, mentally high-fiving each other and—BAM! The other person does something completely unpredictable, out of the blue, inconsistent with everything we thought we knew about them. We saw them as a reflection of ourselves, but suddenly we're waving and they're not waving back.

When this is a real person, we can't really deny their reality. We can try, but it makes us look silly, because the evidence is staring us in the face. Reluctantly, we go our separate ways or, hopefully, find a way to accept our differences and remember we're more alike than we're not.

However, when this is a character in a story, we can dismiss the contradiction as the author getting it wrong. The character is acting in an unrealistic way. Bad character, bad story, ranty review and no stars for you, amateur author who should've done their research. It's an opinion, and we're entitled to it.

Ultimately, The Making Of Us is about celebrating our diversity. Why not give it a read and tell me what you think?

Thanks for reading,
Deb x
Posted by Debbie McGowan at 11:36 am

Email ThisBlogThis!Share to TwitterShare to FacebookShare to Pinterest
Labels: bisexual, Checking Him Out, intersex, LGBTQIA, new release, non-binary, Of The Bauble, The Making Of Us, The WAG and The Scoundrel