#WIPpet Wednesday - To Be Sure (Sleeping Arrangements) #amwriting #lgbtqia 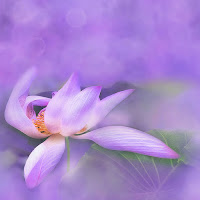 I haven’t done WIPpet Wednesday for over a month! :o It’s a really busy time of year for me…

31x5+17=172 words from To Be Sure
(potentially a working title, but it might yet end up the final title)

WIPpet Context:
A first snippet from To Be Sure. This is the very first scene from my story for SAGA: an anthology of stories featuring older LGBT+ characters (out later this year, from Beaten Track Publishing).

The main character is Saorla (seer-la) Tierney, a seventy-year-old woman from Derry in the North of Ireland. For readers of the Hiding Behind The Couch series, she’s Sean’s mum (as you’ll see in this snippet).

Keeping her phone to her ear, Soarla Tierney picked up the dishcloth and wiped invisible crumbs from the kitchen worktop. The question was innocent enough, she supposed. “Whichever’s cheapest, darlin’.”

“They both cost the same.”

“Oh, right…” Usually, when she went over for a visit, she stayed with Sean, but those were ordinary visits, not the occasion of her grandson’s baptism. “I don’t want to leave you out of pocket.”

“You’re not,” Sean assured her. “It’s a decent hotel, but it’s not expensive. You and Aunty Aileen can stay here, if you’d rather.”

“You haven’t the space, have you?”

A flush of heat shot up Saorla’s chest and neck and filled her cheeks. “Twin,” she confirmed curtly. She would not have this conversation with her youngest son, never mind that he was forty-three and old enough to know better.

Not too old to go over her knee, though.