#WIPpet Wednesday - To Be Sure (Trials) #amwriting #lgbtqia 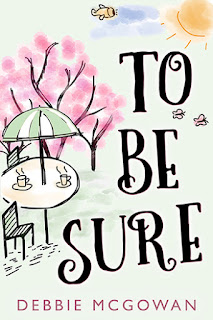 WIPpet Context:
Another snippet from To Be Sure, which continues directly from previous snippets. This is from the first chapter of my story for ‘SAGA’ (title TBC): an anthology of stories featuring older LGBT+ characters (out later this year, from Beaten Track Publishing).

The main character of To Be Sure is Saorla (seer-la) Tierney, a seventy-one-year-old woman from Derry in the North of Ireland. For readers of the Hiding Behind The Couch series, she’s Sean’s mum. Finn is Sean’s older brother. In last week’s snippet, Saorla had just got off the phone with Sean, and was preparing a meal while waiting for Finn to arrive home.

It was only when the front door opened that Saorla remembered the potatoes, which didn’t even have a lid on them, and they were all but boiled dry.

“That you, Finn?” she called and grabbed a fork. The click of Finn’s crutch preceded his answer.

“Well, you look just like Finn Tierney,” she responded, as usual. The potatoes were soft enough—a bit crispy on the bottom, but they’d be fine once they were mashed up with the Sunday leftovers from the fridge. She passed Finn on her way to get them. She didn’t need to ask how the pain was today; the lips drawn tight over clenched teeth told her all she needed to know.

“Sean’s going to phone you about booking the hotel,” she said on her way back to the stove.

Leaning his crutch against the table, Finn pulled out a chair, holding his words until he’d eased into it. “He already did.”

“I wasn’t sure if you’d be needing separate rooms.”

She had her back to him, but his tone was light, so she ventured further. “Are you an item again?”

“Don’t you want me out from under your feet?”

This time, his tone was more cutting, and Saorla’s guilt gave her a jolt. “If I wanted you to leave, I’d tell you so.” Better he be a living burden than a dead one, and for that thought she refused to feel guilty after the strain of the past few months. God only knew where they’d have been without Erin and Aileen.