January 28, 2018
I'm posting as part of Rainbow Snippets, which is a group for LGBTQ+ authors, readers, and bloggers to gather once a week to share six sentences from a work of fiction–a WIP or a finished work or even a 6-sentence book recommendation.

At the tail end of December, I said I'd try to post more regularly to Rainbow Snippets, but then a spider chomped me, and there was just so much life happening. So, more realistically, I'm going to aim to get in at least one post a month.

Last time, I posted from To Be Sure, which is a novella from the Hiding Behind The Couch series. I'm not posting from it today, because I have a (kind of) new release available (on Kindle and Kindle Unlimited) that incorporates To Be Sure and Red Hot Christmas—the novella I'm snipping from.

I'll come back to that after the snippet, because the context for my choice is actually a conversation on a thread on the Rainbow Snippets page, where I mentioned that Andy (from the series) is pansensual. 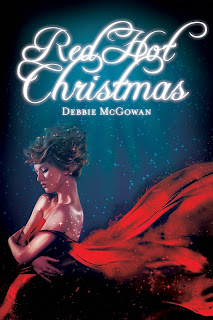 For today, I wanted to snip from a story that includes Andy, expresses an aspect of his pansensuality and does not revolve around an M/M or F/F romance. Thus, even though the two characters in this scene are bisexual and pansensual, they are not romantically involved with each other. What they have in common is lifelong friendship and strong feelings towards the same woman.

Beyond that, I'm not going to attempt explaining all the events that lead to this particular moment, but directly preceding it, Kris tried to intimidate Andy and it involved some really shady sex talk (it's complicated, as you'll discover when you read the series, or already know if you have read it ;) ).

Kris is building up to an apology, and complimented Andy's good looks along the way.

That didn’t ease Kris’s embarrassment. Trying to make light of it, he said, “Well, you’re safe, I promise you. You’re actually not the sort of guy I usually fall for, but that is one hell of a…fear response.”

“Yeah, tell me about it,” Andy grumbled. Danger excited him, a little too much. 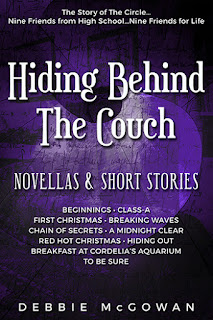 The new release is a box set of the first ten novellas and short stories in the Hiding Behind The  Couch series. NOTE: these stories fall in between the main novels (or 'seasons') and there are also other full-length novels. It might help to think of it like a TV series with seasons plus special episodes about specific characters, events, holidays, etc. Most work as stand-alone stories, but will make more sense in context.

The novellas/short stories box set includes the prequel Beginnings, but if you're going to read the series in order, you might also want to pick up Hiding Behind The Couch Box Set One.

Both box sets are available on Amazon only (including Kindle Unlimited). All of the stories are available separately from various vendors. Links can be found on each book's page on Beaten Track Publishing. 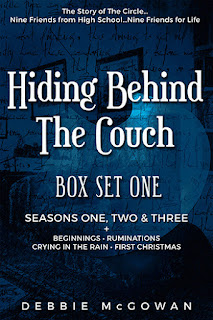 To help you navigate the series, there's a diagram and suggested reading orders on the HBTC Timeline page, but here's the start of it and the volume in which you'll find each story: