The Meaning of Alliance #LGBTQIA 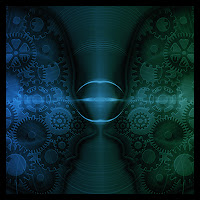 Here's the point at which some people will mutter, 'Oh, no, not another blog post about yet another M/M Romance debacle.' Yes, I'm afraid it is, because it's...well, let's call it a 'passionate' community, which isn't surprising, given the popularity of Romance as a genre overall, and the fact that M/M Romance is - debatably - considered the largest subgenre of LGBT fiction.

Before I go any further, I want to make it clear that I am NOT saying this relates to all authors of M/M Romance, nor even to all straight female authors of M/M romance. A few authors have posted on their blogs about how (rightly) upset they are by being tarred with the same brush. Some of those authors ARE allies to some parts of the LGBTQIA+ community. But take a look at all those letters and remember: it's entirely possible to be an ally to one at the expense of others. Rarely have I seen an M/M Romance author/ally take to the podium to fight for lesbian rights or the marginalisation of trans men, or the fetishisation of trans women and intersex people. The alliance is often exclusively to gay men, and, at a push bisexual men who 'pass as' gay (which is bi-erasing).

Please note the word 'rarely' in the above. There are some authors of M/M Romance - regardless of sexuality/gender - who are strong, outspoken advocates of the community as a whole. They understand and acknowledge their privilege (if any), and they do their best to use it wisely. That is what it means to be an ally.

An ally will fight for you, defend you - even in your absence. An ally will believe you when you say 'I am hurt' and they will ask if they can do anything to help you heal. An ally will take on your enemies in your name. They will stand united with you, even if it means putting themselves in harm's way.

For those who might not be aware of what happened (this time) - and that's going to be pretty much everyone outside of the online M/M Romance community as well as a few of those within it:

Without naming names (they've had enough publicity out of this one), last week, an 'author' of M/M Romance posted, on Facebook, the statement: 'I identify as a gay man'. This author is, in fact, a collaborative pen name for two female authors, neither of whom have publicly come out as anything other than cisgender, heterosexual women, so this statement is, at best, problematic. Their claim since is that they used the wrong wording; it was a simple mistake, and their intentions were honourable. What they'd intended to say, if they are to be believed, was something like:

Now, it may well be that one or both of these authors are gay trans masculine people but haven't made that statement in public, and they are perfectly entitled to keep it to themselves. No one should be put in a position where they are forced to come out. However, if they are not out, they can't make a statement like this, regardless of how true it might be. They cannot publicly identify as a gay man if they don't publicly identify as a gay man, by which I mean, they need to explain themselves.

Whatever they meant, and however well-intentioned they claim to be, it is all negated by them laughing along with a fan's comment that the 'haters' (anyone who spoke out against the post - and those who did were LGBTQIA+ people and their real allies) should be rounded up and sent off to kill themselves.

In the event that it sounds as incredible to you as it did to me, here's a screen capture, with names removed.

Let's talk about the responsibility of allies.

A couple of years ago, I volunteered to edit on a Don't Read in the Closet event run by the M/M Romance Group on Goodreads, which culminates in the publication of up to 200 free stories that are posted online, both as ebooks on the MMRG website, and as text threads on Goodreads. When someone asked why they were posted as text threads, one of the moderators explained that they'd received messages from readers who were LGBTQIA+ and lived in countries where being such was illegal (often carrying the death penalty). Those readers were thankful for those stories, because they were a lifeline, a connection to their community, and accessing them online via Goodreads was the safest way of reading them.

Now, imagine one of those readers discovering that someone who, to them, is something of a hero (celebrating the love of two men), condones the suggestion that they should be rounded up and sent off to kill themselves.

Think about the number of young LGBTQIA+ people who consider (and often commit) suicide. What if one of those young people stumbled across that discussion thread? This isn't just an off-the-cuff, flippant comment that can be excused. It is incitement to hatred, and it is dangerous.

Let me just pause here to say...there are so many wonderful allies out there, and brilliant organisations who support LGBTQIA+ people of all ages and walks of life. Some of us feel strongly enough to speak out and take a stand, but these occurrences are few and far between, so please don't be disheartened.

It's clear what the authors should have done - if they really are allies. They should have said something like 'I appreciate your support, but please keep your homophobic, hateful rant to yourself, and maybe have a think about what you're saying.' Or words to that effect. I'm having a problem with polite comebacks, to be frank.

As for the other authors fearful of being tarred with the same brush: there's no hiding from the fact that there are some within the M/M Romance community who behave appallingly - authors and readers - and they do so whilst waving the flag of alliance. Some don't even realise they're doing it (I like to hope).

Ultimately, as an ally, you cannot possibly understand the lived experience of the group to which you are allied. You can't. Nor is your alliance a coat of armour against the slings and arrows of those you hurt (accidentally or otherwise), and if they tell you that what you said or did hurt them, they are not wrong. YOU are.

The choice is simple. You either say sorry like you mean it and vow to do everything in your power to redress, or you stop calling yourself an ally and accept that you are in it for the money, or prestige, or whatever it is you get from writing about gay men falling in love and living happily ever after.

Now would be the time to stand up as a real ally - of gay men, or of the LGBTQIA+ community as a whole, and being a letter in that acronym does not automatically afford you alliance to the rest.

Thanks for reading,
Deb (non-binary, bisexual, white English, working-class woman - yes, I guess that's my big coming out, like anyone who knows me hasn't figure it out by now).
allies LGBTQIA meaning of alliance MM Romance MM Romance Group