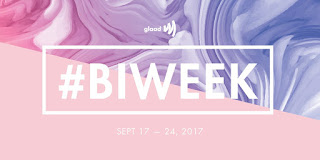 
It’s #BiWeek! Awesomely, Will is bisexual, so no need for a change of story to snip from, which is one cool thing. Another cool thing is that my books with bi main characters (including The WAG and The Scoundrel) are half price this week. For this and other bi books, and a giveaway, visit beatentrackpublishing.com/bivisibility.

So, here’s another snippet from Tabula Rasa (Gray Fisher #2).

WIPpet Context:
This novel follows on from The WAG and The Scoundrel, featuring two former undercover police officers, Gray Fisher and Rob Simpson-Stone. Their investigations relate to white-collar crimes (fraud, embezzlement, etc.), and there are also romantic relationship story arcs (however, not between Gray—who is gay, and Rob—who is straight).

The snippet is from Gray’s point of view: he’s on his way to Will’s house, via the woods, when he meets up with Will and his dogs. For context, Gray’s fear stems from this being his first relationship since his husband’s death four years ago.

“Me, too,” Gray admitted, to himself as much as to Will. He sighed, contented. No, more than that. Happy. Hand in hand in the woods with this unconventional man and the company of his motley canine crew, it was easy to let go. Their relationship was still new, the bond still flexible enough for Gray to walk away, not that he intended to. The strengthening emotional connection between them delivered blissful moments that Gray had to consciously grasp to avoid poisoning them by association. He could fall in love with Will if he let himself. He thought he probably wanted to, but it was hard to push aside his fear.

Perhaps he should follow Kenny’s example. Run over and paralysed, wheel-dependent…and utterly fearless; the big mixed-breed dog romped ahead of the rest of the pack, weaving at speed between trees, tongue lolling in joy. He paused to sniff at a tree trunk and manouevred closer, in his mind cocking his leg and making his mark before he went bounding off again.