Lie back and think of England: a quick, not dirty guide to British vs American English 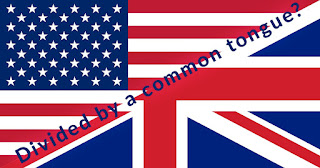 This is not intended to be an exhaustive list of the differences between British and American English. Most of us know, for instance, that crisps are to Brits what potato chips are to Americans, and so on. We're also aware of the differences in spelling - colour vs color, realise vs realize etc. - although in UK English both -ise and -ize are acceptable, and there are exceptions in both forms of English.

If it's lists you're after, here's a Bored Panda list of common differences in vocabulary. See also this more extensive list on Owlcation. There's also Luke Mastin's very comprehensive list of US/UK/Canadian spellings.


For the past seven years, I've worked with authors from the USA, UK, Ireland, Canada, Sweden, Eastern Europe, Central Europe, Jamaica and Australia, all of whom bring to the editing table their unique version of English influenced by nationality, regional dialect, upbringing and their linguistic abilities. Being as how I'm a bit of an English language geek, I love all those little foibles that manifest in each author's work, like birth marks on our stories that make them distinctly ours.

Here are a few of the differences that have been highlighted most often during those seven years. Feel free to add any others in the comments.

While the same rule theoretically applies to brunet/brunette, it is rare for UK English to use 'brunet' (I don't recall ever seeing it).

got vs gotten
In general, formal UK English does not use 'gotten'. There is some regional variation (many people in the south-east of England use it), but a safe general assumption is that 'gotten' is a valid past participle of the verb 'to get' in US English but not in UK English.

spit vs spat
In US English, the past participle of the verb 'to spit' is 'spit'.
e.g. I saw what he did. He spit on the floor.

In UK English, the past participle is 'spat'.
e.g. I saw what he did. He spat on the floor.

In both forms of English, a spat is also a minor fight.
e.g. They had a spat about which way was the correct way to hang the toilet roll (or toilet paper).
(Clearly with the end of the roll facing outwards.)

pry, pry and prise
In both forms of English, the verb 'to pry' means to stick one's nose into other people's business.

In US English, 'to pry' can also mean to pull apart.
In UK English, the equivalent is 'to prise'.

couple vs couple of
I've asked quite a few US authors what the rule is for when 'of' is dropped after 'couple'. So far, no-one can tell me.

Whatever that rule is, it doesn't exist in UK English. 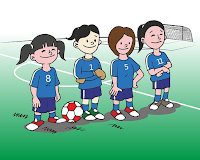 collective nouns such as staff, team, family and government
In UK English, collective nouns can be both singular and plural, generally pertaining to the context.
e.g. The government has responded to the threat (working as a single entity).
The staff are at loggerheads (working as multiple agents).

In US English, these nouns are always treated as a single entity.

There's really no hard and fast rule for this in UK English. Personally, I try to edit out any plural use of these nouns in my own writing as I have readers from the USA and UK, but a few instances might sneak through.

(the) hospital, (the) hospice
In UK English, 'the' is often dropped before 'hospital':

I took him to hospital.

but not before 'hospice':

She's staying in the hospice.

To my knowledge, the reverse is true in US English.

weights and measures
A few times over the years, American friends have converted distance to metric for my benefit, which...means I have to convert back to make any sense of it. How far is 50k in English? :p

In the UK, the metric system was imposed on us by the EU (but that's STILL not enough to warrant 'Brexit'...in my opinion). The outcome is a mixed system of metric and imperial weights and measures.

Pre-packaged food and drink (including alcoholic beverages) is labelled with metric weights/quantities. Other produce (deli counter, for instance) often comes with a conversion rate (e.g. £4 per 1lb/454g). Motor fuel is sold by the litre; road signs and GPS measure distance in miles; speed limits are in miles per hour. Body weight is in stones and pounds (1 stone = 14 pounds) but most people also have some idea of the meaning of kilograms. In pubs, beer is sold by the pint but wine and spirits (liquer) are sold by the centilitre. It's, surprisingly, not as confusing as it seems.

I'm going to leave it there for the time being and add to this list as and when. Feel free to add your examples in the comments and I'll incorporate them.