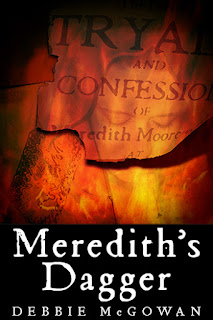 Well, my writing is not going well even though I’m on a writing holiday (at home). So far, there’s nothing in Alumni that is a) right for Bi Awareness Week, and b) suitable for a blog that can be accessed by people of all ages.

Brief Story Info:
For WIPpet Wednesday, I’m posting from one of my longest-standing works in progress (I wrote it in 2011) in the hopes it might inspire me to do some more work on it. The story is titled Meredith’s Dagger, and it’s contemporary fiction with historical interludes (based on real local history), a bit of romance thrown in and some feminist commentary on mental health, witch hunts and modern psychiatry. (Yes, I’m that good at sticking to a genre).

The setting is a university town house shared by Julian and Richie, both students, Anneka (she and Richie are long-term buddies) and Tamara (Tam), who is Julian’s older sister and bisexual. There’s a long history between Richie and Tam—much longer than either is aware of.

This novel needs a major rewrite, but the scene from which my snippet is taken will make the final cut.

And Richie and Tam look at bit like this: 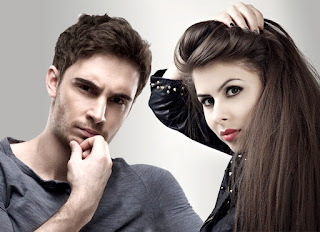 And here’s the WIPpet Snippet:


Richie opened the door and let the cat go in first.

“You know anything about sexing cats?” he asked, expecting to find Julian sprawled out on the sofa.

Not Julian. A female voice, and he recognised it immediately.

“Well, I could lie—tell you I just happened to be passing by and thought I’d pop in to say hi to my little brother…”

Richie was torn between averting his eyes from the scantily clad woman who had been the object of his adolescent fantasies and the desire to drink in every inch of her wonderful being. She and Julian had the same dark hair, grey eyes and slightly cleft chin, which put him in quite a predicament. He felt himself getting hot under the collar as she returned his gaze with a playful smirk.

“Come to think of it, what are you doing here?” She swung her bare legs off the sofa and sprang, dancer-like, to her feet.

“Interesting.” Tam reached down into the large white bag on the floor in front of her, withdrew a softpack of cigarettes, took one out and lit it, all in one carefully choreographed move.

“Why interesting?” Richie asked. He was transfixed and saw no reason to hide it. There was no rule against flirting with a Denby…he hoped.

“The thing is, Richie…” She paused to draw on the cigarette and exhaled sharply. “It is Richie, isn’t it?” He confirmed with a nod, and she laughed. “I haven’t forgotten your name or anything. I just wasn’t sure what you preferred these days. But anyway, what I was going to say was you’re not really the type one imagines Jules choosing as a roomie, although…” She paused again to inhale from the cigarette, propped it in the ashtray—an object they didn’t have when Richie left for the supermarket—and tiptoed around him.

Richie remained still apart from turning his head to maintain eye contact. “Although?”

“You grew up.” She breathed the words onto his neck as she came around his side. Her hair brushed against his arm.